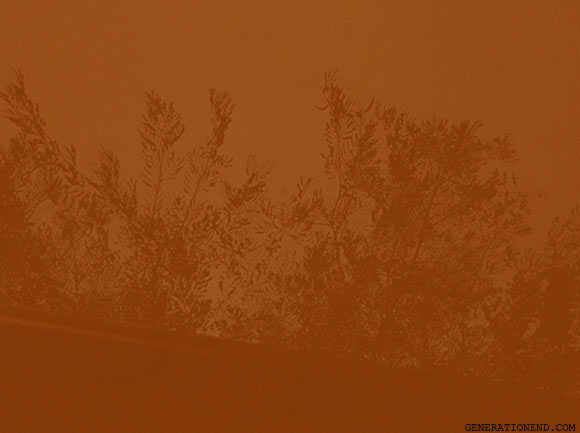 The last dinner I had with Carol was at her place. She was in a soft blue robe and her hair was tied in a ponytail and I didn’t realise how big her ears were. They weren’t abnormally big, but they were large enough to notice.

“I didn’t realise how big your ears were,” I told her.

“I didn’t realise how small your hands were,” she said back.

The dinner wasn’t really a dinner: it was a few pieces of sweet bread she bought from Sunnybank and some tea. She leant on her elbows, looking at me and smiling.

“You told me you used to start your evenings at eleven.”

“That was back in the day, when I wasn’t running out of time yet.”

“There’s no snow in Brisbane.”

“That’s a horrible story,” I said.

“Why is that a horrible story?”

“What’s the point of the snow in your fantasy? All we did was go to the movies. We could’ve built snowmen.”

“Have you even seen snow?” I asked her.

“You’ve seen snow once, in Japan.” She sighed impatiently. “We’ve had a conversation like this before. I always remember what we talk about but you always forget. You’re always in your own head.”

“Give me some of that bread.” I took some of the bread and ate it nervously.

We argued about going somewhere for a while until I gave in and we went for a drive. I don’t remember where we went, but I remember a lot of red lights and pancakes and a parking lot and a highway that stretched on, and on, and on, and every so often one of our mobile phones would vibrate, and every so often we’d share stories, or laugh, or argue, or simply let our thoughts drip feed themselves into our minds only to be forgotten forever. In my CD player we played a few things: The Cranberries, Drake, James Blake, Beethoven; we then let the radio take over.

We return to her room. We watch her favourite movie: this horror movie about a ventriloquist’s doll that gets possessed by an evil spirit. I fall asleep halfway through and wake up around the end. I kiss her, and she holds my hands and she asks me why I don’t love her, and I tell her, “We’ve only had eight dinners,” and in a melodic tone she says that no matter how many dinners we have, she can tell I won’t love her and I ask her why she thinks this and she says she just knows; she says she can read under the skin and she knows I’ll never love her and she cries but she tells me that she can be fine with that, as long as I stay, as long as I always come home to her at the end of the day, as long as I embrace her in the cold, in the heat, when it snows, when it doesn’t, and in return she’ll buy me things to help me: a glass lunch box, a pair of glasses when I’m old, a typewriter, a wallet whenever my old ones need replacing; she’ll tell the world about my books, she’ll swallow even when she’s not in the mood, she’ll be more consistent with her leg shaving, she’ll bleach her arsehole, she’ll learn the piano just to write me a song and she’ll find the tears in my heart and wipe them away like she’ll wipe any dirty table. I drift in and out of dreams as she says this, and I say things I’ll never remember to her while wiping her hair behind her ears. I take off her clothes and this time there’s no violence – we’re completely boring and sentimental about it, but then lately I’ve been feeling lately that sex and fucking and making love and everything in between has been mistakenly placed on a pedestal by people like me, and is it something that beautiful, is it something to go to lengths for, is it something that great compared to the great things great people have accomplished in life? Why can’t artists romanticise celibacy? Why couldn’t I stick with Carol? Had I let myself become too damaged, was I just deliberately finding fault? This will continue if I don’t stop talking to her.

In the morning I wake up Carol and tell her I have to go. She smiles and says, “Okay,” and she walks me out, and I drive home.