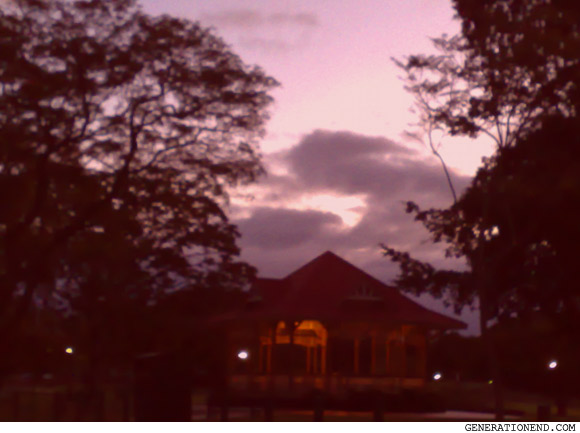 The sun wasn’t rising and it wasn’t setting, either – it was about three in the afternoon and time was what it was. Jude was smoking and Vail was typing something on her phone. “We’ve changed, but we really haven’t, if you think about it,” Jude said. “Want to go to Alfred & Constance?” Vail asked without looking up from her phone. I wondered what the both of them would be like thirty years from now. Uglier, obviously, but I wondered what kind of things they’d say. Would they both still be single? We drove, and we drove, and we drove, and we didn’t end up going to Alfred & Constance but instead went to this hipster-looking café in Newstead or New Farm or something, and I ordered something with salmon and Vail ordered something with a lot of prosciutto and Jude ordered something I don’t remember. Vail took a photo of everything we ordered and put it on Instagram and made us like the photo. Vail then took a selfie on Snapchat and sent it to her friends. Afterwards, she took a series of photos and uploaded them all to her Facebook. Jude picked up a piece of prosciutto and pegged it at Vail’s face. She swore at him and began to cry. Jude didn’t apologise, so she ran to the toilet. I walked after her and spent the next half hour listening to her complain about Jude and about her work and about the world in general. We walked back, and Jude looked bored and drunk. We drove, and we drove, and we drove, and we ended up in West End, at this dance hall, dancing slowly to strange music. When the novelty of it all evaporated we drove, and we drove, and we drove, and we ended up at Jude’s apartment. He played a track by Drake (Buried Alive Interlude) on his expensive looking sound system, and he brought out drinks and just like before, Vail Instragrammed, Facebooked and Snapchatted various photos and videos of the drinks. We drank, and at some point I walked out to the balcony. This whole scene, this whole experience, this moment: the drinking and the laughing and the gossip and the voicing of opinions and the photos – they were good things, but they were things that had happened before, and they would probably be things that would happen again, and again, and again. I was lucky, and I wouldn’t trade my life in to be in a war-torn country or anything like that, but I was still bored of it all. I looked out at the view. My eyes were taking it all in but my mind was elsewhere. Vail joined me, and I said something witty to her and she giggled. I missed looking at her naked. She mumbled something before checking her phone, and Jude yelled for us to see something inside, and she yelled, “Okay,” and she walked back inside. I stayed outside for a while longer.