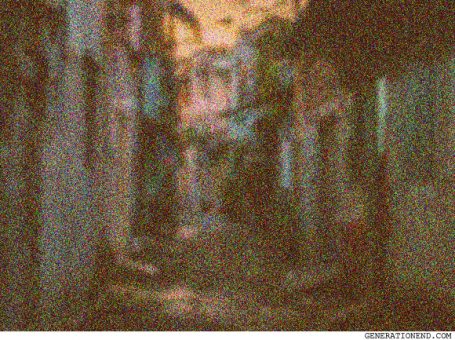 Posted by Dean on Aug 19th, 2018 in Days Out, Jude, Nights Out, Relationships, short stories, Vail

“Have you met Brisbane’s good luck charm?” Jude asked me.

“No and I don’t want to,” I said. I turned to Vail: “Do you want to meet Brisbane’s good luck charm?”

Vail had her sunglasses on and she was driving. “Dean,” she started, sighing, “your stories… have I ever told you about your stories? They need to have an arc. Check out Aristotle’s Poetics.” Vail had been verbally critiquing everything she watched or read since signing up to an online course on screenwriting. “You see, Dean, your stories need more intrigue. You need to have people trying to get somewhere, but having to overcome a lot of dramatic hurdles to get to that somewhere. That’s how you create plot. That’s how you create tragedy.”

“Well what if Dean doesn’t want a plot?” Jude asked. “What if Dean just wants to be rich and be popular on instagram?”

“He’s right,” I said. “What if I just want to be rich and popular on Instagram?”

“Well maybe you’d be rich if you read more Aristotle.”

“We’re going to be late if we take another detour,” I said. We were on the way to our friend’s wedding. To our friend’s misfortune, I was the best man, and I had the ring, and our friend repeatedly told me not to be late, and I repeatedly promised I wouldn’t be late. In fact, I was so determined not to be late that I convinced Vail and Jude to leave with me three hours early, but since we were so early we stopped for breakfast, and then a coffee, and then a drink, and then another drink, and now we were on our way to becoming late.

It was never worth it when it came to Jude, but Vail listened anyway and we turned into a suburb, and down some streets, and down another suburb, and down some more streets until we went down so many suburbs and streets that I completely lost sense of where we were. I checked the time. “We’re going to be late. Can’t we just do this after the wedding?”

We stepped out of the car and followed Jude’s lead. He yawned. He walked slowly, leisurely, as if deliberately trying to ruin our friend’s wedding. We walked down a few alleys, and through a small, run down shopping centre. We eventually stopped in front of a gym.

“This is just a gym,” Vail said, finally taking off her sunglasses.

“That’s what you think,” Jude said, walking inside. We followed him inside, and the inside looked exactly like a gym. But Jude waved for us to walk to the end of the gym, to a door that said ‘Staff Only.’ Jude opened it, and we followed him in.

There was a man there, sitting on the floor. To say that he was grotesquely overweight would’ve been an insult to the words ‘grotesque’ and ‘overweight’. I had never seen a man so large, not even on YouTube. I had so many questions.

Jude chuckled at him. “Have you lost weight or gained it? I can’t tell.”

The man waved him away dismissively. “How you been, mate?”

“Yeah not bad mate,” the man said. “I had a fight with Mons the other day, but we’re okay now.”

The man glanced at Vail and I. “Straight to business already mate?”

“Yeah we’re going to be late for a wedding,” Jude said.

Jude turned to us. “You want just the good luck, or do you also want a selfie with him?”

Vail bit her lip for a moment. “I want a selfie.”

Jude pulled out his wallet and gave the man a few hundred dollars.

“Where’s the wedding going to be, mate?” The man asked me.

The man lifted his shirt up.

Vail looked left and right before leaning over and rubbing the man’s belly.

“Yeah my customers find it more effective when they don’t say their wishes aloud. Don’t ask me why.”

“Your turn,” Jude looked over to me. I rubbed the man’s belly. It felt warm, purposeful. The man breathed loudly as I rubbed his stomach; his breathing sounded almost like a gentle snore. I closed my eyes and wished for a number of things — for more money, to be taller, for a larger penis, to make it to the wedding in time, for world peace. I opened my eyes and took a selfie with the man before Jude said his goodbyes.

“Let’s go,” Jude said, and Vail and I followed him in silence all the way back to the car. “It was worth it, right?” He asked smugly, and when we arrived at the wedding we discovered that it had just begun, that it was delayed by forty minutes because there was a car accident and the bride and groom were caught in traffic. I handed the ring over at just the right time, and that evening, as people danced, as people drank, as time kept edging people on, I remembered Brisbane’s fat good luck charm and thought, “What the fuck just happened?”