ENDING IT WITH MANDY 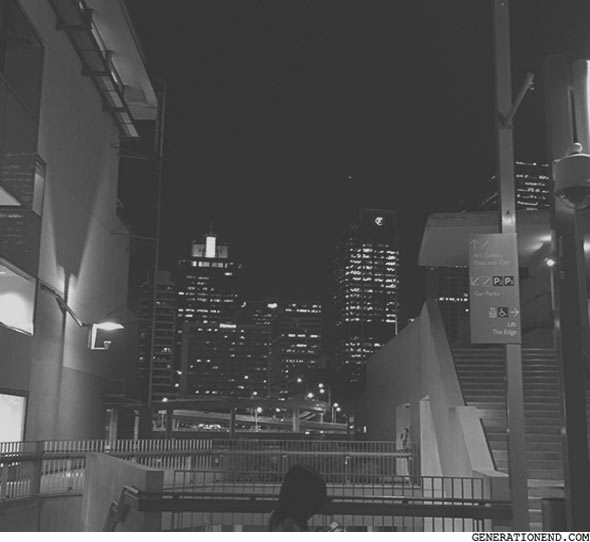 Mandy and I had a fight right after coming home from one of my book signings. She yelled and I yelled but to be honest, none of the things that came out of our mouths were actually new. We fought about what we always fought about: money.

We (she) decided then and there to end it, and I walked over and gave her some tissues to wipe her eyes with.

She whimpered. “Thanks.” I stared at her for a while, and she stared back, and I stood up and asked her, “Like, are you sure?” And she said, “Yes I’m sure,” and I said, “Like, seriously? There’s no turning back from this, I mean it. Once we end things, it’s over,” and she said, “Yes, Dean,” with a bit of finality.

There was a bit of silence. “It’s done, Dean. Don’t make this harder than it is.”

“You took that line from the movies.”

I felt like telling her to go fuck herself, but I didn’t. I took my car keys and drove straight home. I walked around in circles for a while, muttering to myself. I went to the fridge and drank some milk and called Jude.

“I gave her my heart but she wanted my soul,” I said.

“You took that line from a song.”

“This is pointless. Go out. Meet people.”

I scratched my arm. “What are you doing tomorrow?”

Jude sighed. “Chicks are just so stupid. But you know what? You just have to accept that they’re stupid. Never take anything they say seriously because there will never be any consistency in what they say. You see we’re wired on logic but they’re wired on emotion.”

“The world is stupid.”

I hung up. I threw my phone against a wall and quickly ran to it to see if the screen was damaged. It wasn’t. I walked to my room and lay on my bed and did nothing until the next morning. I hoped by some miracle that someone, preferably a woman, would call or text me. No one did.

I wasn’t tired, but I wasn’t awake. If I was in a movie, I probably wouldn’t have wasted my evening. I probably would’ve gone to a bar. I would’ve had a drink, something manly, maybe a whiskey or something, and a woman – dark hair, nice smile, large breasts, natural looking fake tan, quirky but only the attractive kind of quirky – would’ve sat next to me and said something witty, and I would’ve said something witty back, and it would all be so damn easy, and the next evening, I’d be able to do the same. Actually, fuck that. If I was in a movie, I’d be Peter Pan. I’d wear green tights and I’d murder Hook and get the hell out of Never Never Land with a bag of dust and I’d fly around the city and piss on people from above.