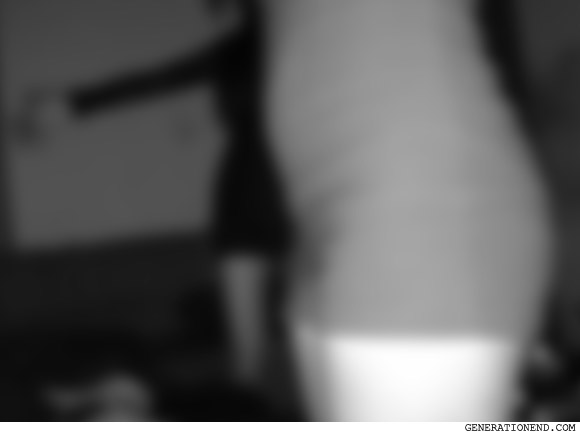 “Have you ever thought about God?” The pretty hostess asked me.

I was with Jude and this guy named Alfred or something, and we were in a private room with four or five or so hostesses. They were all pretty, and they made love seem so easy and so accessible for men like me. All you need for them to love you back is to talk to them. And to buy them drinks. And to give them all of your money.

“I think you need more drinks,” the tall one said, glancing at the manager, who was watching over the whole thing.

“Sure,” Jude said. I smiled. My plan was for Jude to pay for everything.

The shorter hostess, the one with the tiny skirt who kept asking me questions, took a shot of this blue coloured drink that Jude ordered for everyone before placing her arms over my shoulders and sitting on me again. She grinded and giggled and I could smell her. She had some glitter on her flustered cheeks, and she leant forward, and she asked me: “Is anything possible? Can we fly if we truly wished it? Can we create planets all on our own?” And I looked at something at the other side of the room and mumbled something I no longer remember.

When the madness was all over the manager handed us a bill for eight thousand dollars. We argued with her until she called in four guys. They were big guys, angry looking guys. Jude looked at them before sighing and passing them his credit card.

We walked outside and the shorter one ran after us.

“Take me with you!” she yelled.

“You’re too expensive!” I yelled back.

She frowned and gave me the finger. I wanted her, though, as terrible as it was. She looked incredible. Do women know that? That they can permanently ruin a man by simply existing?

We got the hell out of there and wondered towards the lights, talking about everything that happened. Eventually Alfred left, and Jude and I caught a cab back together to his place.

I nodded, realising that the short hostess left a strong, sour smell on my jeans. “I’ll help pay you back.”

We walked inside his apartment and crumpled down on his couch. “That was a huge waste of time and money.” He checked his phone, sighed, texted something, placed his phone back into his pocket. He stretched backwards and yawned. “Imagine if we could escape whenever we wanted to.”

Jude looked around his apartment. “This. Life. Our choices.”

“If you wanted to, you probably could. You have the money.”

“Money isn’t the solution to everything.”

“But I guess there’s no fun in running away. All you’ll feel is a rush, but that’s it. Because you’ll make the same stupid mistakes all over again if you don’t learn to face the problems you currently have.”

“Well aren’t you an inspirational bastard.”

Jude lit a cigarette. “The girls tonight reminded me of Ariel.”

He scratched his arm. “I know, Dean.”

I stood up and turned on his TV.