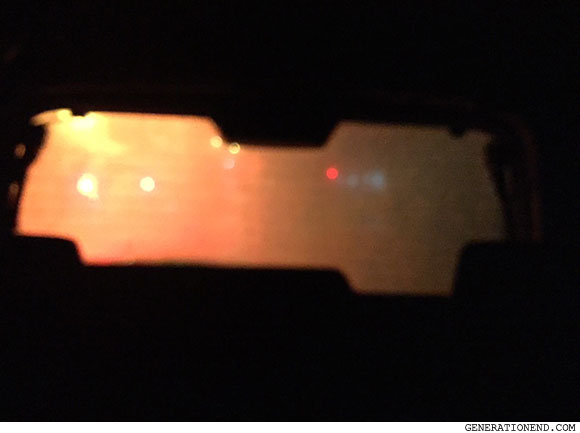 “You know what I’ve realised?” Vail asked me.

“I like the idea of doing charity work more so than actually doing it.” Vail had just finished an afternoon of volunteer work with troubled kids. “It’s a lot of work.” She sighed, sipping on her latte or whatever the hell it was. “It’s so much work.”

“You know what I’ve realised?”

“That I have no idea what I want or what’s going on. I mean, I have goals, but…” I began mumbling, trying to figure out what I was trying to say.

She giggled. “I have no idea what you’re saying.”

“I mean, all it takes is one emotional speech to persuade a group of people to completely change what they stand for… I don’t think people really know what they want. It’s like we’re driving cars in vast open spaces, looking for anyone to tell us where to go.”

“I guess that’s the cost of freedom.”

“What do you long for?” I asked Vail.

“I don’t know.” Her phone vibrated and she quickly picked it up. She texted someone, then put it aside. “What do I long for? A cold shower. What do you long for, Dean?”

“Constant sex. Constant reassurance that I’m doing the right thing. Constant wealth. Constant happiness. Like some escape somewhere but I don’t know where. I mean, we can escape to somewhere better, but for how long will it be better for, right? Happiness is always something temporary? I don’t know, I think I need help.”

“Yeah I suppose…” Vail’s mind was back on her phone. She texted someone again, a selfie this time. Eventually: “My mum makes me pluck her armpits.”

“Does she pluck your armpits?” I asked her.

Vail finished her drink and I did too. We drove to the shopping mall, looked at a few things; I helped her choose a few Christmas presents for her relatives and friends. Afterwards, we smiled and hugged and said bye to each other and walked towards our cars, which were parked in two completely different car parks.

When I arrived home I saw it. It was a tiny creature, about the size of a ruler. It stood on two legs and had the face of a good luck troll. It horrified me, but it only moved once: it turned its head and it smiled at me. I watched it for a while until I went to bed and fell asleep. It was gone the next day.