SOMETHING IN YOUR STOMACH

Someone from work once gave me a moleskin, and for some time I just let it sit at the back of my car.

“If you don’t want to write in it, why don’t you draw something in it?” Christie asked me from her hospital bed.

“Yeah okay,” I complained. “Like drawing is so fucking easy.”

She got mad, so I drew something: 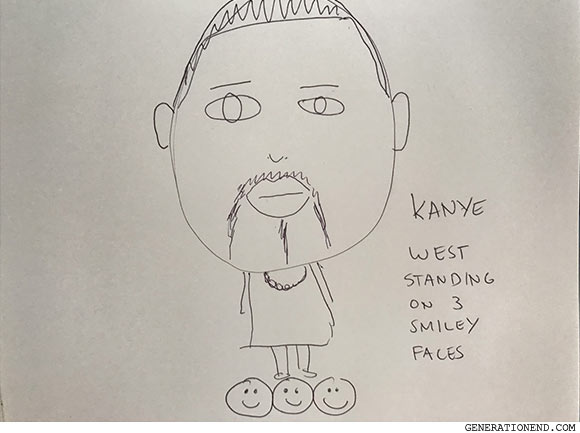 “How much drugs are you on?” she asked me.

“Nothing!” I lied, so I drew something else: 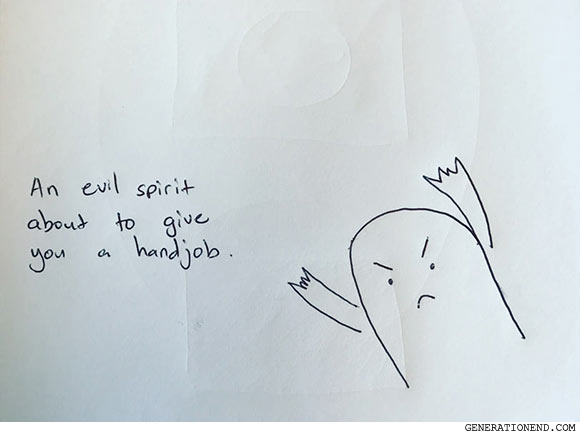 She laughed at this one. Well it was a tiny laugh, but I still considered it a laugh.

Christie was in hospital for something they’d found in her uterus that was causing her to bleed.

“Apparently, there’s a chance I can’t have kids,” she said, her eyes turning a little red. There was a tube in her arm and she looked small in her hospital bed – she hadn’t been properly eating in days. “Will you still be with me if I can’t have kids?”

I looked at her and her family members standing behind her. They were pretending not to be listening to our conversation. “Of course.”

I remember once thinking that if I were to ever be a dad, I had to be a young dad, like a nineteen-year-old dad, or a twenty-one-year-old dad. I didn’t want to be some old dad who couldn’t relate to my kid. But then I grew older and older and I became almost thirty, and then I thought that if I were to have a kid, maybe I should adopt a twenty-one-year-old or something, someone who’s already grown past that shitty rebellious adolescent stage of life and is graduating and has an entry level job at some large and stable company, and is in a stable relationship, and any disturbing vices they may secretly carry would have nothing to do how I treated them when they were five years old, because I wasn’t there when they were five years old. Can I handle a child? Can I hold one, and feed one, and understand one, and love one no matter what? No matter what? I mean, why make one when you can adopt one, right? Can you even adopt a twenty-one year old?

And then I realised that I was actually rambling the above monologue out loud to Christie, and her whole family was watching.

“The hell are you on about, Dean?” her brother asked me.

I continued holding Christie’s hand, and we continued talking about other things, and her family left, and I stayed until the nurse said I had to go. I leant my head against Christie’s chest, and I told her that I wanted to listen to her heart, and I listened to her heart, and then I stood up and said goodnight and I walked all the way home.