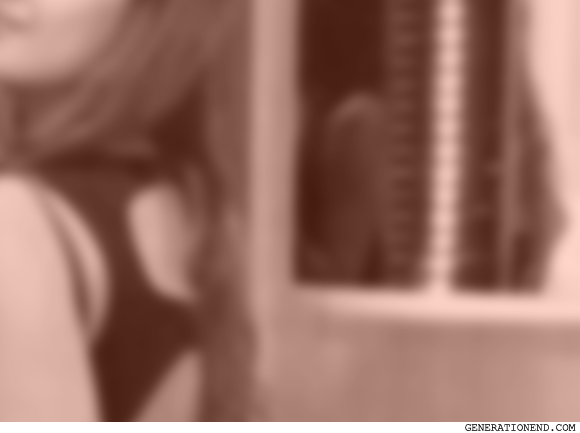 On the surface, things were getting better. My vision was improving, and thanks to the pills, I could sleep a lot easier. On some days I’d wake up, write for a few hours, take a pill or two, and then sleep a dreamless sleep all over again – it was perfect.

I also found decent freelance work: two women in their forties wanted some regular marketing material written up for a medical business they were launching and for some reason thought I’d be the right person for the job.

“How much do you want?” They asked me.

They glanced at each other before looking back at me. “Sure.”

In the evening I shouted him a meal and dessert and in return he took me to a bar and introduced me to a ‘good friend’ of his, Ariel.

Ariel was petite and her skin was a strange sort of white, a glassy sort of white. She was wearing a short skirt and stockings and some sort of top I can’t describe. For her accessories, she wore a pair of those silver dangly earrings and a silver necklace and a small, silver watch – I couldn’t tell if what she was wearing was extremely expensive, or extremely cheap.

The three of us spoke and laughed for a while before Jude had to leave.

“Listen,” Jude said into my ear. “You’re going to have to pay her a hundred bucks.”

“She’s not a prostitute. She just hangs out with you, and if she likes you, she does all kind of crazy shit with you for money.”

She was twenty one years old. We exited the bar and walked from the City to the Valley to Teneriffe to the River, and all throughout this she held my hand and spoke to me as if she’d known me for years. We stood in front of the river in the cruel cold, and she shivered and we kissed.

“You’ve been living in Brisbane for a long time, haven’t you?”

“How we can live in the same city our entire lives and not ever get bored?”

“Then why don’t you leave?”

“I don’t know what Jude told you,” she said, “but I don’t really have sex with men. It’s actually been years since I’ve slept with anyone.”

“You just take their money for your company?”

“Because they keep paying me.”

I rubbed my hands to warm them from the cold. “I guess if all you have left is love, then you might as well try to sell it.”

She smiled. “The thing is, I’m not lacking in anything. I have plenty of love and money, and if I work at it hard enough, I’ll make even more love and money.”

“I wouldn’t mind falling in love once in a while,” she said.

It was too cold, so we decided to go home. I let her take the first cab, and before she left and kissed me on the cheek I paid her a hundred dollars, plus another thirty for her ride home. I caught the next cab home and didn’t reply to the cab driver when he wanted to start a conversation with me. I paid him, entered my room and lay on my bed, staring at the ceiling for an hour or so. What the hell is life all about? What if we had a purpose, but that purpose was completely wrong? I ask myself these questions a lot, and my answers have never remained the same. I took two pills, turned my light off and lay back on my bed. I suddenly remembered the receptionist, and then Vail and then Eva and all of those other girls who’ve entered my life and left it. I wondered what they would’ve done if I asked them for a hundred dollars every time we went out. They probably would’ve ripped my balls off. My phone vibrated and, smiling, I looked at it sleepily – it was a message from Ariel.