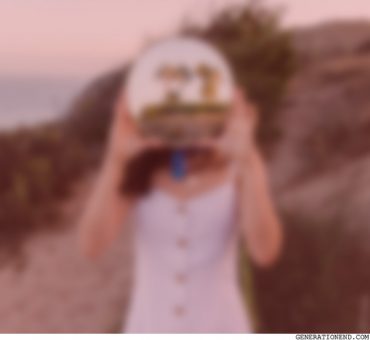 This is a story about a story. Which is incidentally about another story.

It’s a story about me telling you, the reader, about a story a dear friend told me.

“Dear friend,” my dear friend told me. “Listen to this story.”

“Fine,” I said, pretending to be interested. “Tell me this story.”

“I’m not your only dear friend?”

Once upon a time, back when I was a photographer, I fell in love. I’d fallen in love quite a few times in my life, but my memories of this particular man stayed with me longer than the others. Some may be surprised by this because out of all the men in my life, he seemed the most ordinary. He wasn’t that handsome, and there was nothing about his personality that was that striking. But he was my dear friend, and I suppose I was a little biased towards my dear friends.

One day, my dear friend asked me if I could be the photographer of his wedding. “I’d be honoured,” I said, thinking nothing of it.

But it turned out to be one of the biggest mistakes of my life.

The more I spent time with my dear friend, the more I came to realise how beautiful his future wife was. Not just because of her looks – sure, she was pretty – but because of who she was as a human being. She was a scientist who researched hearts, and all the money she earnt, she invested shrewdly or gave away to the undeserving. When my dear friend spoke about her, or when he’d see her photo flash on his phone, his eyes would light up in ways I’d never seen light up before. He made anyone he spoke to fall in love with her; he turned the most mundane of her actions into the most heartwarming tales of success. He was her greatest salesman and she had no clue. She really didn’t.

One night I couldn’t sleep. They’d already been dating for seven years, yet every time he looked at her it was as if he’d fallen in love for the first time.

How can someone be that in love with another?

From then on, his love for her became my sickness. I wanted that love. Didn’t I deserve that love? Hadn’t I suffered enough in life to desire at least one good thing to happen to me? I wanted him to obsess over me like he did with her. I wanted his eyes to light up whenever he’d see mine; I wanted to be the heroine in his stories, the heroine who breathed life into his garbage heart.

I conjured as many excuses to meet him as possible – photo checks, camera checks, site inspections, “Hey I need your advice on something” hangouts, “We need to talk about Jude” hangouts, “Let’s try this restaurant” hangouts. And each time we’d meet I’d try to seduce him, or impress him, and each time, whatever I did – no matter what I wore, no matter how much I flirted, no matter how I tried to make him jealous – his monogamy for his fiancée wouldn’t waver. It was as if the more I tried, the further the world tore him away from me. He’d keep steering our conversations to conversations about her, and a lot of the time he’d even take her with us even if she wasn’t invited. In the end I’d be forced to watch his hands hold hers.

Before I continue this story, I want to tell you that I’m a good person. Well, I was a good person, anyway. I was a good friend, a good daughter, a good student; I even like, raised five hundred dollars for a cancer charity once. But something came over me. It was as if I once had this pure thing – friendship, innocence, whatever you call it – and the devil took it and strangled it into a coma.

I couldn’t sleep for weeks. I fought my parents, I cancelled my other photography gigs and took up studying science, and as my friend’s wedding drew near the more I felt hopeless. I wanted to end my life. Why wouldn’t they part? Why didn’t he want me?

Finally, I decided to ask my dear friend’s fiancée if I could meet her in person. I told her that I had something important to tell her, but something secret, something that should concern her. She rushed to my place immediately, and as I greeted her and felt her soft hand I immediately recognised everything my dear friend found beautiful in her. I hated it. We skipped the small talk: I led her to my room, and we sat next to each each other on the edge of my bed.

Putting her hand in mine, I told her the story I’d made up in the shower that morning: that her fiancé and I had been having an affair. I told her how at first he made a move on me while I was drunk, and I initially refused and found him creepy. But then it blossomed into something else, something that was love. Love. Love! When I said “love” I made sure I imitated the way his own eyes would light up when he spoke fondly of her, and when I did, I knew it worked, because she’d never seen my eyes light up like that before. Still holding her now shaking hand, I told her in detail the ways we’d kiss and make love, and smiling, I showed her the necklace she complimented once and said he’d bought it for me on Valentine’s.

As you could probably tell, what I did stirred a lot of shit. At some point, my dear friend managed to convince her that I was a liar. So what I did was, I photoshopped some fake intimate conversations we had and sent them to her family, to his family, to our friends and all over the internet. I posted a long public letter on social media about how he had used both his fiancée and I and how he had tricked me into going in bed with him. Initially, my story was about how a romance had blossomed between us – in the end I changed the narrative so that the world would see him as a lying pervert; a rapist, even. These acts created enough damage for them to never see each other the same way ever again. There were angry phone calls, tears and passive aggressive social media posts. The police was even involved, and my dear friend ended up with a sex offender record. I lost a lot of friends after that, but also gained new ones who passionately believed in every lie I said.

For some reason, I felt no remorse for what I did. Not then, anyway. If the devil had any input in my actions, then she was in complete control.

Three months later, my dear friend committed suicide. I mourned him in my own cute little way by travelling to Japan, and when I realised I didn’t really like Japanese food, went to Europe. There I joined several Contiki Tours and made a lot of great friends and was even able to have flings with a few hot guys. There was even one German guy who I pretty much fell in love with. What was probably the most redemptive part of the tour was that through my travel photos, I was able to gain over five thousand followers on Instagram. Women messaged me from all over the world, telling me how they found my travels – and my story of empowerment – inspiring. I was even interviewed on a number of podcasts.

The trouble started at around three o’clock one morning. I opened my eyes to see the ghost of my dear friend watching me from my ceiling. His eyes were missing, blood gushed out of his skin and he was constantly trembling. “You want me?” he asked, and no matter where I ran, he’d be hovering above me. No one else could see him, and when they checked me into a psychiatric facility, he continued watching me from above, asking me, “You want me?” over and over and over. And I noticed that each day, he would move one centimetre closer to me. He’ll eventually eat me, and there’s nothing I’d be able to do about it.

It’s only lately that I’ve been accepted into the ‘real world’ again. I only got out because I lied. I now pretend that I don’t see him. But when I’m at parties like this one, I tell people the truth because people don’t behave seriously in parties. Sometimes I get people who don’t believe me, but most of the time I get people like you, who say you believe me, and maybe some part of you does – but for you to completely believe in ghosts, or spirits, or demons, you’d have to acknowledge them in your heart, and only then will you see them: you may see one sitting in your favourite seat, you may see another glaring at you as you bathe. And if you truly believed in them, you’d see my dear friend above us right now, his eye sockets wide, his heart missing, his dried lips asking me that same question.