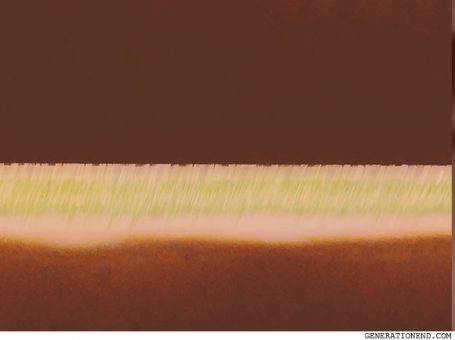 Posted by Dean on Sep 25th, 2018 in Charlotte, Relationships

I’d been hearing a lot of nonsense about the importance of walking so one day I skipped work and went for a five-hour walk.

I was hoping that some kind of miracle would happen as a result of doing that walk. I was hoping, as some kind of reward for undertaking such a momentous sacrifice, that I’d instantly become more attractive, or that my arse would instantly look shapelier, or that I’d suddenly obtain a healthier mind and therefore become wiser and smarter and full of the right decisions. Instead I just became hungry and afraid, and it was two hours into my walk when I finally thought about Charlotte.

Although she never said it back, I liked to tell Charlotte that I loved her. I made all sorts of claims about this supposed love. I promised her that I’d write a poem about her every single day and deliver each one to her in a box full of flowers. I told her that her presence was perfume, that to hold her hand was like to hold onto life itself. I told her the absolute truth: that the galaxies were written for the purpose of shining upon her beauty. I told her that I would do everything in my power to tell the world that time and existence existed just for her, that her name was more beautiful than any other miracle of life. Charlotte! Charlotte! Charlotte! Would you kindly touch me with those tender eyes?

Of course I secretly meant none of this. Her eyes weren’t tender at all. I simply said all of these things because she sent me dirty photos and she was engaged and she rarely wanted to see me.

One night I drove out to see her and realised I had no idea where she lived.

“I have to stop this nonsense,” I told myself right before asking her to send me more photos. She sent me all kinds of photos, mostly photos from her room when she was alone, trying on new clothes or lingerie. But during those rare occasions when we’d finally be able to meet she’d wear none of the things she wore in her photos: she wore her work uniform and Target underwear. But I still clung onto her, I still longed for her and her absence broke my heart, and I told the universe that I never wanted to feel as alone as I did then.

But would it have been any better if she left her fiancé for me, if she decided to see me every day? Would I still send her flowers of longing two years in, would the galaxies still be writing her name?

Have you ever wondered what it would be like the fall in love and stay there? Like a roller coaster, the “falling” in love is the most exciting part. The bit where you’re grounded, the bit where you’re level, is when you need to grow up and think of things like a legitimate adult would think of things. You need to think of sacrifice. You need to be fine with hearing them release gigantic turds into your splashing toilet. You need to be fine with with saying no to another set of tender eyes, to nicer legs, to another galaxy with another name written on it. You need to be fine with not being as excited as you used to be. It’s the part where I am now: I am Dean Blake, and my roller coaster has already dropped, and my ride smells like the smell of Christine in August, and September, and October, and every morning I text her that I am happy with the way things turned out.