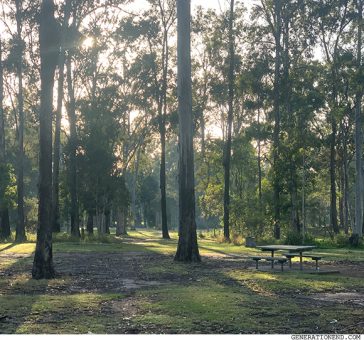 Old Man Jeff is this old guy I talk to who hates money. I caught him the other day, burning a five dollar bill.

“Don’t burn that!” I said, snatching the bill from him and immediately placing it in my pocket. “You burning any more of these?”

“Gimme that back,” he said.

The old man, who was normally gentle and a little timid, rushed towards me and grabbed my shoulder. “Give it back to me you little shit!”

“Fine.” I’d barely pulled out the five dollars from my pocket when he snatched it from me and placed it in the fire. The fire was in a small tin, and it immediately gobbled up the bill.

“Huh,” I said, hypnotised by the fire. “I always thought Aussie dollars wouldn’t burn like that.”

Old Man Jeff proceeded to put a twenty dollar bill in there, then a fifty; he was about to put one hundred but then changed his mind and put it back in his wallet. He kicked over the tin and swore at it.

I pulled myself out of my trance. “You idiot,” I said. “You know how many people would kill for even five dollars?”

Old Man Jeff is really into praying the rosary. He often goes to the Cathedral of St Stephen to pray by himself, and when he’s there he’d usually message me, complaining that the people around him aren’t even wearing masks. He tells me a lot about his visions, about how he’s seen the Lord come through the light and heal him from years of misery. When he’s alone he’d often meditate, or play his violin, or illustrate people with charcoal.

One evening he invited me out to a kebab shop. “Here,” he said, giving me a felafel kebab. “This is on me.” We ate, and he talked to me about the countless women he’d courted who lost interest in him the second he implied he had no money.

“Then you better stop burning your money.”

“When will they understand that money isn’t everything?”

“It is everything,” I said. “If no one in the world worked for money, we’d end up living in communes, slaves to forced labour while a handful of people reap the rewards.”

“Everyone is greedy. People only stick with other if they can make more and more money.”

“That can’t be true,” I said. “I have no money, and Christine is still with me for some reason.”

Old Man Jeff changed the subject. After dinner, we sat on a bench in Queen Street Mall, just talking and watching people pass. He spotted a woman in the distance, a woman with two kids. There was something familiar about the woman.

“Hey,” I said. “Is that your daughter? The one in the photos you sent me?”

“Shall we say hello then?”

“What?” He said, after noticing me stare at him. He looked down at his shoes, his eyes concentrating on nothing. “I’ve got to go home now, Dean.”

I saw him off at the bus stop, noting how unhappy he looked. Or maybe he was happy, and for the sake of drama I’ve written him out to seem unhappy. Or maybe he was neither sad, nor happy, nor accepting or unaccepting of everything that was going on around him. I watched him go, walked to a bar, had a drink, and made my way home.