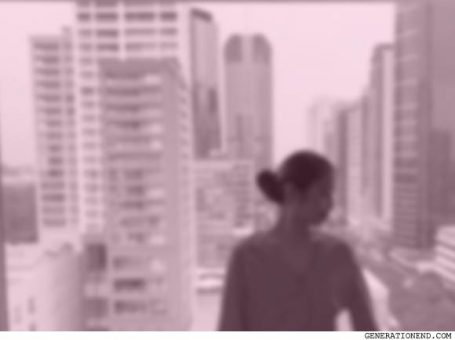 STEALING FROM A RICH FRIEND

When I was in high school I was jealous of rich people. I remember this one kid, Clark, who had everything: his clothes were always new and branded; he’d always be holding the latest phone; he was the first in our grade to have an MD player. Everything fell into his lap with little effort—women, clothes, friends, all the latest gadgets—and he had all the benefits of TV dramas about rich kids, without the drama. I hated him. I longed to see someone, or a group of people, bully him, even just once. But for some cruel reason, the bullies left him alone.

Then in university I was under the impression that anyone with any form of wealth was evil. Business people were all evil. Employers were all evil. The government itself was one giant corporation, ready to steal all our money. If you had a nice car you were probably a drug dealer. If you could afford a brand new Apple product, then you probably sold your soul to the devil (because you were also a drug dealer). The only rich people who didn’t receive my judgement were successful musicians, because why would musicians ever do anything wrong? They were all obviously good, genuine people who cared about the welfare of others.

But then there was a shift, and at some point I began to admire the rich. Most of the people I read about had earned their wealth from nothing and created more jobs and gave to more charities than I ever could. They were heroes, leaders, innovators, teachers, role models. They had a key to all sorts of fantasies that I didn’t. Oh, if only I could just be like them! With lucrative amounts of money, I could finally escape all my troubles and be happy!

I was fortunate enough to befriend, from my perspective anyway, someone who was ‘successful’ in terms of wealth. By her composure, and by the way she bragged about her driver and house helpers, I assumed she was far wealthier than my friend Jude. According to some friends, she came from old money but also owned some tech startup, and according to some friends, she’d just raised one hundred million dollars.

So began my plan to find as many ways as possible to rip her off.

One day she hinted that we should have a dinner to set our goals for the year and I immediately said yes. On my drive to meet her I came up with all sorts of ways I could ask her for money: perhaps I could cry in front of her, tell her that I needed to pay my bills, but that would seem petty. Perhaps I could make up a false charity. Perhaps—and this was just a perhaps—I could just casually ask her for ten thousand dollars, because if normal people ask others for ten bucks without hesitation, don’t rich people ask each other for ten thousand dollars without hesitation? But then I realised that if I did that, she could one day ask if I had a spare ten thousand dollars.

In the end I decided to just get free dinner from her. When the waitress arrived I immediately chose two of the most expensive appetisers and the most preposterous sounding steak on the menu.

“Shall we get a couple of bottles of wine?” my friend asked.

I asked the waitress to recommend a quality wine, and when my friend and I finished the bottle I ordered two more bottles, along with an old-fashioned for myself, some wanky sounding cocktail for my friend, and then two more old-fashioneds for myself.

I was drunk. But happy. But was I happy?

“Can I interest you in some dessert?” The waitress asked, apparently oblivious to the fact that my friend and I had become loud and rowdy.

“Of course!” I said, dabbing at all the nicest-sounding desserts on the menu. It felt so good ordering whatever I wanted without restrictions.

After everything the waitress placed the bill right in the middle of the table without looking at either of us. This was the first time I’d seen a waitress have such a neutral opinion on who was most likely to pay the bill. The hell was wrong with her?

I did my best not to look at the bill. I looked at everything else but the bill, which was surprisingly easy because by then everything was so blurry I wouldn’t even see the bill clearly if I tried. But my friend didn’t seem to notice the bill had even arrived because she kept talking. So I kept talking too, but as I talked I slowly nudged the bill towards her direction. When the bill was close to her chest, something odd happened: she began nudging the bill towards my direction. She yapped and yapped and yapped as if she wasn’t pushing her crime into my hands. So I did what any drunken gentleman with financial issues should do: I pushed the bill back.

“Hey,” she eventually slurred. Her head was flopping around as if made by clay. “Can you get it this time?”

I stood up to run but she grabbed my arm and pulled me back down.

“If you run away now I’ll scream PUSSY GRABBER!”

I pointed at the bill. “Look, to be honest I won’t be able to afford it.”

“Well neither can I.”

“You have a driver. You told me you had a driver.”

“The hell is wrong with you?”

“Pussy grabber!” she screamed, pointing at me while drunkenly running away from the restaurant. “He grabbed my pussy!”

The waitress, looking concerned, arrived at the table. “Was something wrong with the dessert, sir?”

“No,” I sulked. “It was so perfect.” I pulled out my credit card and paid the bill.