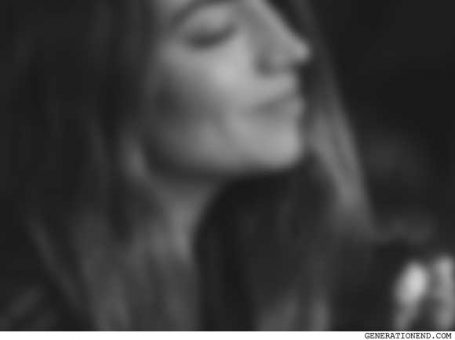 Vail and I were through our second bottle of wine when she told me a scary story about this person named Kath.

Kath was in her twenties and single. She couldn’t understand why she was single. I mean, she had a good job and she didn’t think she was that unattractive, but for some reason the world could only manage to introduce her to weirdos, creeps and wannabes. She tried everything: she went on a million dating apps, she attended all kinds of speed dating gimmicks (including “yoga speed dating”) and she once even paid a relationship consultant three hundred bucks to hook her up with “a friendly, well dressed, funny and intelligent man” who turned out to be an opinionated, uninspiring douchebag. Sure, there were men, but they never met her standards—why were all the great men with women who clearly didn’t deserve them?

Kath felt especially desperate two weeks before Valentine’s Day. As Valentine’s Day approached and as the chances of her having a date became less and less likely, she decided to randomly pick a man who’d contacted her online in the past and let him take her on a date. And if he was a serial killer or whatever, so what? This would be her “fuck you” to the world for handing her over to so many average men.

She ended up picking this guy who called himself “Mask” online. For a whole month he messaged her at one in the afternoon every single day, saying only one word: “Hi.” His profile photo was of him standing by a dirty river, unsmiling, holding what looked like a sword. According to his dating profile he was a hypnotist who liked to release stress by watching gory horror movies. Kath stared at his face for a good ten seconds. She bit her lip and replied, “Hi,” back.

He replied almost instantly. Surprisingly, she found Mask charming. He was witty, thoughtful and after a few days of conversation she couldn’t help but smile whenever he messaged her. For the next few days they chatted as if their heartbeats depended on it, until one day he asked for her phone number. She was hesitant at first, and her friends recommended her otherwise, but Valentine’s was quickly approaching. He called her as soon as she sent her number.

His voice was deep and he spoke slowly and deliberately—at times he had to inhale as if to catch his breath. As strange as he sounded, she couldn’t help but want to keep hearing his voice. She’d never felt so comfortable speaking to another man before.

“I’m nervous about seeing you,” she confessed, her phone nestled between her shoulder and ear as she stared at her ceiling. They’d been speaking for six hours straight and the sun was about to rise.

“What if you turn out to be another deadbeat?”

Valentine’s Day arrived. Kath’s friends advised that she meet Mask in a public place, but he insisted he meet her somewhere discreet, somewhere that only the both of them could know about. As insurance, he said he’d text her the location one hour before their meeting: the location was in front of an old abandoned building with no street light. Biting her lip once more, Kath caught an Uber to her pickup spot and waited in the dark.

A van arrived. At first, Kath paid it no attention until she realised it had been parked in front of her, engine on, for quite some time. She looked at the driver’s seat and saw Mask’s face staring at her, expressionless.

Kath faked a laugh, grasping onto the phone in her purse. “Why didn’t you just say you’re here?”

Kath wondered what would happen if she ran off. Would he drive towards her? What if she grabbed her phone and called for help? Would he hop out of the van and kill her? What was in the van? There were thousands of scenarios running through her head. She thought about that time her father came home drunk and warned her about dangerous men. Were these her last thoughts?

Mask stared at her. “Get in the van, Kath.” He finally smiled, but it didn’t look like a friendly smile. “Don’t make me make you.”

Kath took one slow step towards the van, breathed in, and then took a few faster steps. She opened the van door and gasped: inside, the van had been decorated with fairy lights, an antique table, a sofa, two nice chairs. Romantic music played insight the van. All of a sudden, a man appeared from the corner of the van, holding what appeared to be a weapon. Before Kath could run, Mask had appeared behind her and grabbed her shoulders. She gasped.

“I’m so sorry,” the mysterious man said softly. “I didn’t mean to scare you. I’ve been hired to be your waiter slash driver for tonight.” He used the tool in his hand to light a candle in the middle of the table.

Kath let out a large sigh, and the three of them laughed.

“I’m sorry… I scared you like this,” Mask said. “I thought you’d find it funny.”

“I will eventually, one day maybe find this funny,” Kath laughed nervously. She stepped inside. “It looks pretty in here.”

The waiter served the meals, which were all apparently prepared by Mask. He’d prepared all the dishes she liked most, the dishes that reminded her of home: bruschetta, home made pizza, cheese salad, waffles, dark chocolate soufflé. But it wasn’t just the food that mesmerised her, it was her conversation with Mask: he seemed to understand her completely, he seemed to know her inside out; he was like a hand that had found her heart and brushed it with a passing kiss. She felt a profound intimacy with Mask without having even touched him. Was it possible to fall in love so quickly? Surely not. But still, something about it all seemed a bit off.

After dinner, they proceeded to the sofa, where Mask pressed a button and launched a movie on a small projector screen. “Let’s… let’s… let’s… watch a movie while our driver takes us somewhere special.”

“Sure,” she said, her knee touching his. “I haven’t seen that one before!”

“Here,” he said, passing her a plastic cup of a strange maroon drink. “Drink it.”

“Are you going to have some?”

“I had some earlier.”

Kath glanced at the drink and took a sip. “Hey, this isn’t bad. Is it like, beetroot juice?”

“It’s a special recipe… I’ve been saving… just for tonight.” He nudged the drink towards her face. “Less questions… more drinking.”

Apparently, it was a secret juice recipe his mother had taught him. Kath had told him she frequently got the flu. So… did I, he said. Until I started drinking this juice.

The van stopped. Mask quickly grabbed Kath’s wrist and placed a blindfold around her. Not answering her questions, he led her through several steps and up an elevator somewhere. He opened a door, led her through it and pushed her against a couch. The room felt cold. He cackled. He pulled off her blindfold: she was in an apartment—a beautiful, expensive-looking apartment, an apartment where everything looked modern, an apartment with a big balcony that overlooked the river.

“I love it,” she said, genuinely impressed. “For a minute I thought you were going to murder me.”

Kath smiled, feeling butterflies for the millionth time that night. She noticed a bottle of wine by the kitchen counter. “That looks like good wine. Can I pour us a drink?”

She waved him away. “This was an amazing night. Let me do this one thing for you.”

“Sure,” he said, smiling, small tears swelling in his eyes. It looked as though no one had ever done anything nice for him. “Make… yourself at home.”

She walked to the kitchen, found some wine glasses and poured some wine. “I think it’s time you told me your real name,” she said.

They both laughed as Kath placed some Rohypnol in Mark’s drink. When it was the right time, she transformed into a giant lobster and murdered him and lived in his apartment, and during some evenings she’d stare at his head as it sat on a beautiful white cake platter in the middle of his dining table.