EVERYONE WANTS TO BE RICH 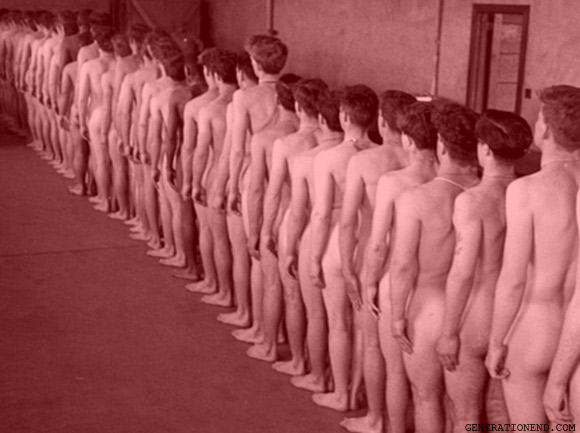 I know it was only one post ago, but things with Sara went downhill quickly. Whatever the hell we had ended for no good reason, but that was fine with both of us – we walked out of a two-week romance unscathed. But something about all the real estate and business stuff she kept going on about got me greedy for a while, and after no convincing whatsoever Jude agreed to join me in attending a number of property, online business and stock investment seminars she always loved going to.

The seminars, which were mainly advertised through Facebook and spam mail, all promised live events where the speaker would provide FREE tips on how to become a millionaire, earn massive passive income, retire young or all of the above. The ads, once clicked on, would lead to websites with videos. The videos would usually be from the person who was going to speak at the event – they would provide a few brief tips on how to become successful and then go on about how they helped numerous every day people turn their lives around and begin earning a shitload of money, just like they did. If you scroll down the website you’ll see a giant yellow SIGN UP NOW AND LEARN HOW TO GET RICH FOR FREE button surrounded with red dashed lines, followed by the cautionary LIMITED SEATING ONLY flashing text.

Completely believing in everything in the ads, Jude and I signed up to about twelve different seminars. Strangely enough, all the seminars seemed to run in the same pattern: when we’d arrive, they’d give us branded lanyards, branded tote bags, branded pens and branded paper. We’d all be ushered into a room, and when the seminar would start there would be an introduction by some guy or some girl who would ask the crowd something like, “How are you all doing today, Brisbane?” and because no one would really respond, he or she would say, “You can do better than that, Brisbane! Now let’s try this again. HOW ARE WE DOING TODAY? WE’RE ALL HERE TO GET RICH. AM I RIGHT OR AM I RIGHT?” and then he or she would ask everyone to turn to the person next to them and introduce themselves, because part of being successful means having the ability to network. Then he or she would tell everyone to give a huge round of applause to the guest speaker, who would come up on stage with a huge fucking grin.

After all the commotion would die down, the speaker would usually start with a story about their lives. The story would be inspirational; it would be something about how they were down in the dumps but one day realised that they could do things differently. Once they mastered the new found process, they were able to accumulate large sums of money (they would display the precise amounts of money they made on the screen). They would then proceed to tell everyone in the audience how they did it, and how the audience could too. Throughout the seminar they would also subtly hint at how their ‘mastermind’ or ‘mentorship’ or ‘boot camp’ students gained quick results and eventually earnt just as much money as they were earning. They would then call one of those mastermind or mentorship or boot camp students on stage, who would completely verify their story.

The climax of each seminar, which Jude would always love, would be right near the end, when the speaker would do a sales pitch for their three day ‘boot camp’. If you thought you learnt a lot at the free event, then you’ll be amazed at the shit you’ll learn at the boot camp. The presenters would talk about how you can learn many more easy profit-making strategies you can implement with no money down at the boot camp; they would talk about how every attendee would get a free 12-disc DVD set of the boot camp (so you can revise what you learnt at the event. It’s important to keep your mind refreshed, AM I RIGHT OR AM I RIGHT?), another six-disc DVD set with exclusive success making strategies and tips, a huge folder of documents that will help you accelerate your wealth, weekly or monthly mentorship videos and newsletters, an exclusive one-on-one advice session with the presenter, audiobooks and much, much more! To sign up for the boot camp plus all the extras, all you’d need is a hugely discounted investment of about five thousand dollars (but you know what? They should be really worth one hundred thousand dollars!). The best part about it? Partners can sign up for half price!

I signed up for nothing. Jude ended up signing up for one boot camp (something about buying real estate with no money down), but that was it. He later blamed me for dragging him along and making him use up his money.

I met Mandy at the end of a Jordan Belfort seminar. She was wearing a business jacket and business skirt. Her perfume was either cheap or expensive – I can never tell with these things. We had coffee and then walked around for a while, and when we approached a bridge she showed me her forehead. “I have monkey hair.”

“The hell is monkey hair?”

She leant forward, showing me the curly hair near the top of her forehead.

She shrugged. “I don’t know.” She looked out at the Brisbane River and brushed her hair against the wind. She sighed. “When will it be my turn to be rich? When can we get to Jordan Belfort’s level?”

“When we win the lotto.”

“I wonder why people never have seminars about finding happiness.”

“Do you like who you’ve become?” She asked me.

“I don’t know.” I leant against the bridge. “It’s good and bad, I guess. I can finally sleep again, and I’m healthier. I mean, I never pictured myself being like this.”

I touched my business shirt. “I tell everyone that I’m a writer. But in truth I do marketing for a luxury car dealership. I go to seminars about getting rich. I paid eighty bucks to watch Jordan Belfort, of all people. I used to think business people are all evil, I mean Jude – you met him earlier, he and his dad are wealthy and they’re total cunts. But other businesses, the decent ones, anyway, are the ones who create jobs and give the most to charity. Even if I just wanted to be an author, I can’t just, like, write. I have to market my work and operate my books like a business. Aren’t writers supposed to be poor, drunk, messy, going downhill?”

“Who says you’re not going downhill?” She thought about something for a second and said: “You know one problem with these seminars is that they teach people to crave money, but not to crave doing something they love at the same time. Even in business. The businesses that put attention on what they believe in are the ones that get remembered. Like Body Shop. Like Apple. Apple’s tagline isn’t ‘make money’. So, Dean, I think you should just do what you love, and things will work their way out.”

“Even if I become homeless?”

“How can you say that when you’ve never even tried?”

“If you want to get rich quickly, just get a sugar daddy. You don’t look so bad, I’m sure you’ll find one.”

She shrugged. “I appreciate the compliment, but I’d rather be in control, you know?”

“I hate money. But it’s there. And you can buy things with it. Like Polaroid cameras, and plane tickets.”

“Everyone wants to be rich, but the easier things in life get in the way.”

“Maybe we’re already rich,” she said. “Think about the poor kids in Africa.”

“Yeah,” I said. “Think about the poor kids in Africa.”

We went to her place. We didn’t get drunk, and as she panted she asked me to slap her, and the next morning she showed me around her large, clean room. She had a whole stack of Alanis Morissette CDs, a whole stack of So Fresh CDs. Her shoes were large; she had a framed photo of her happily posing in a graduation gown with her boyfriend; she had a number of forex trading and stock investment books piled on top of each other; she had an opened copy of Harry Potter and the Prisoner of Azkaban on her desk; she had a giant, stupid painting of some tiger on one of her walls. I pointed at the tiger, laughing. “Who did that stupid painting of the tiger?”

“I painted that tiger.”

“How about we write our goals on a piece of paper, and then after a year, we show them to each other?”

I brushed my teeth with my index finger and afterwards, as I looked at her, leaning against her wall with a small smile, I took her clothes off and we just looked at each other afterwards and laughed at each other’s miserable bodies. It was six in the morning, so we went for a walk around her block and barely said anything. We had some juice in her kitchen; I changed and headed to work.