JUDE AND ARIEL IN MY DREAM

Posted by Dean on Dec 6th, 2013 in Crappy News, How I Did Stuff, Jamie, Relationships 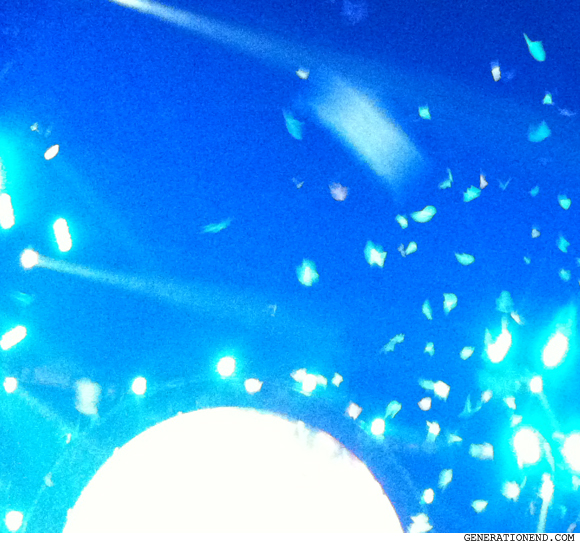 I was accepted for government assistance, and the money they gave me was much more than I made while doing freelance work or from selling my books. But it didn’t feel right. I had to regularly apply for jobs, no matter what the industry and distance from home. I had to regularly drive Jude’s car to Inala and line up with a bunch of other people and meet with someone and talk about what I’d been doing with myself and if I’d been applying for jobs properly. I didn’t want to tell them anything. I didn’t want to rely on the government for money.

One morning I called Centrelink, asked them to stop sending me assistance money (they said “okay” right away) and headed to the casino. I tried to imitate what my friends did while gambling and lost about four hundred dollars. I went to the library, updated Generation End, sent some short stories to arts magazines, looked up job ads and then covered my head and slept for a while. I had this dream about Ariel and Jude, and in the dream they were flying around and Jude was naked and his eggplant shaped (and coloured) penis was massive and he was giving me the finger. Ariel was crying and so was I.

“I’ll always be angry at you, Dean. I’ll always, like, resent you.”

She hovered right in front of my eyes and held my cheeks and we almost kissed, and I watched her eyes, her battered, bruised and swollen eyes, and her pupils were glittering; pushing her warm forehead against mine, she whispered something softly, tenderly, caringly: she told me that there are things that I should still love about myself, that there are things, although miniscule, that she still loves about me, and that I should have at least one thing to show for in this world, at least one fucking thing. I told her that she was beautiful and that I was sorry. She kissed my forehead and bruised it and I woke up thinking that I pissed my pants in public.

I drove to Kangaroo Point, went for a jog and stopped and stared at the river before spitting on it. I drove to a university and found my favourite shower and showered with a bar of soap I kept in a plastic bag; afterwards I sat on a bench and watched the students for a while, waiting for something dramatic or significant to happen. When nothing happened, I drove to a luxury car dealership with my resume and asked for the marketing manager. “Listen,” I told him. “I saw your ad and thought I’d apply in person.”

“Can you do press releases?” he asked me. He was a big guy.

“Yeah sure, media buying is great. Did it heaps last year.”

“Did SEO this morning.”

He narrowed his eyes. “You’re lying about a lot of these.”

“Well, isn’t everyone a liar in their own right?”

“No,” he said. “The people I work with are generally honest, hard working people.”

“I’ll get you a coffee,” I said. “Want a coffee? Shit, please. I’m a hard worker and I can write like hell and I’m desperate. Exploit my desperation!”

He said he was too busy for coffee, but he took my resume and smiled and said he might call me again because of my sense of humour, but just maybe. I left the dealership, did the same thing to three other businesses.  I drove to Jamie’s home and we watched DVDs (This is The End, American Psycho, Notebook) and I didn’t tell her that I’d been sleeping in Jude’s BMW for the past few weeks. She put her hand on my lap, and I looked at her, and she looked at me, and I opened my mouth but decided to close it again, and she sighed, and I drank double the amount of wine that she did.

NEWS: My book of short stories, Surface Children, recently received a #1 and #2 ranking on Amazon’s Kindle store. GET A COPY.