SO THIS IS CHRISTMAS 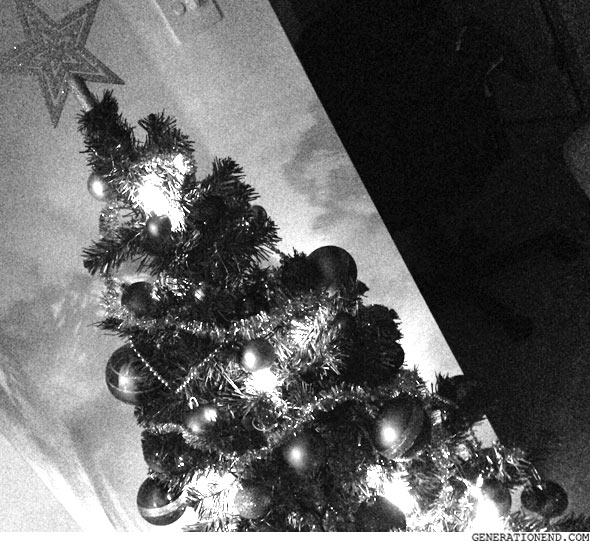 I was alone again, just sitting there in Queen Street Mall, and it was a few days before Christmas, and for some reason I was thinking about Eva when this guy – scrawny, tall, dressed like a stereotypical homeless person, kind of held his right hand like a T-Rex would – circled around in front of me before stopping to ask me, “What the fuck are you looking at?”

“I’m gonna fuck your fuckin’ mouth!” He muttered something else and walked off. I checked my mobile phone, glancing up once in a while to see if he’d return. He did.

The guy walked away, and so did I. I walked to Myer, where I said I’d meet Jamie. She looked tired. We looked around at everything that was on sale. She told me that because she has an Awards Card, she can buy things with her points. She bought a cream-coloured bra, a Jamie Oliver book. She bought me a belt. I bought her an electric eggbeater. She said thanks, and we hovered over to the perfume section and she spent an hour trying on different perfumes and asking me if I liked them. In the end she bought nothing, and she thought it was funny that she bought nothing. We walked through Queen Street mall, occasionally commenting about the giant statues that were placed all over the place just for Christmas.