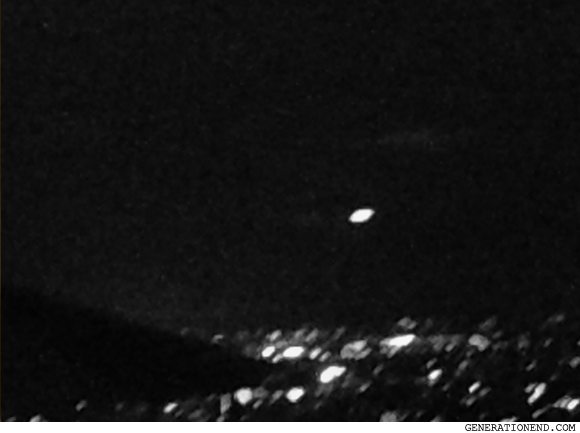 While everything else with Ariel was going on a lot was also going on with Jude, who, as the days went by, became more and more of a prick.

“You know sometimes I wish I was someone else,” he said while driving us to some party in the west. “But then sometimes I don’t. Shit, I don’t know.” He pulled something out of his glove compartment and threw it on my lap.

I looked it over. It was a book by Paul Theroux. “Dark Star Safari?”

“I’m going to Africa. I want to fuck girls in Africa.”

I flicked through the book before putting it down. “What the hell are you going to do in Africa?”

After going on a bit more about Africa and why he had to go there Jude began telling me stories about his life, about a new girl named Megan, about a paintball session over the weekend that I “totally should’ve went to,” about this poor looking but probably extremely rich German guy he met in Eagle Street. He couldn’t tell whether the German guy was joking or not when he said that he believed in UFOs and aliens: apparently he saw a small UFO about the size of his bed in his backyard last year – it just hovered there for a good ten minutes before flying off forever. As Jude kept talking about UFOs and whatever the hell else he was talking about I began thinking about other things, things I don’t really remember or cared much about until I received a message from Ariel asking me how my day was. She said that she wanted to take things “a tiny bit more seriously” with me and stop having her drinks with other men. She didn’t mind if she’d lose a whole lot of money from it, she just wanted to spend more time with me. I looked out of the window and asked Jude something about the German guy and he said, “I don’t know, I think, like, Korea or some shit.”

We arrived at the party. I’d been drinking almost every other night with Ariel and was kind of over the whole thing but I ended up drinking anyway. It wasn’t that much of a party: I was in the wrong crowd; no one laughed at my jokes and nothing clicked. Everything looked expensive. After about an hour or so of mindless drinking I walked around, irritated for some reason, and found Jude sitting against a wall, red-faced and slouched, ignoring a girl who was laughing and trying to pull him up.

“Why not right now?”

“I’m not fucking drunk,” Jude said from his spot on the wall. “I’m going to Africa.”

I left the two of them and took a bottle of some kind of beer and walked outside of the party, to the front lawn, at a spot behind a tree. I leant there, just drinking the beer for as long as humanly possible…

Jude was a wreck by the time I headed back inside. He was stumbling around, yelling at girls to shut up and listen to his story about the German guy he met at Eagle Street. “UFOs are real, UFOs are real, you bitch! I’m going to Africa.”

I shrugged and walked off, found some finger food and discretely downed three shots of Black Label. I came back to Jude, who was dancing by himself to no music.

Instead of replying, Jude punched my chest and laughed. It was a stupid, cowardly punch. But it hurt.

“You cunt,” I winced. I took a swing at him and missed. He laughed some more, so I grabbed him by the throat and pulled him down to the ground and began strangling the hell out of him. A girl screamed and we were quickly pulled apart.

Jude kept laughing. He pulled away from a guy who was holding him back and walked to me, breathless, his keys in his hand. “Want to go now?”

The drive was a long one: Jude was drunk and rambling; I feared for my life about a thousand times in a row. After a while I realised that he wasn’t driving me home – he was driving to the airport.

“Listen, Dean. You keep my car while I’m gone.”

Jude wasn’t joking. He was actually going to Africa – he’d bought a ticket and everything. We arrived at the international airport and parked. The sun was rising and everything was damp. We exited Jude’s car; he opened the boot and pulled out his luggage. We stumbled to the terminal in silence, and once in a while Jude would giggle and mutter something I didn’t understand.

I watched Jude check in before we both headed to a table in front of Red Rooster and sat there, looking at each other for a while, not saying anything.

“Why are you going to Africa?”

I played around with my iPhone for no reason whatsoever. I looked back at Jude. “I’ve nearly finished my book.”

Jude pressed his fingers into his forehead and, eyes closed, moved them up and down, up and down. “I wonder if there ever was a time when I was innocent.”

“There must’ve been. It’s just that… I was a really good little kid. I don’t know why, but somewhere along the line I became an enormous dick. I’m bored. I’m lonely. I don’t fit in much anymore.”

I crossed my arms on the table and sleepily hid my head behind them for a while. “When you’re here, I get to be the more behaved one out of the both of us, but if you leave, like…”

“I saw this girl the other day,” Jude said. “She was wearing these really short shorts and a loose, short shirt. She almost looked naked. What killed me was that she had a great body, great legs, a cute face, the nicest fucking hair. She looked like walking sex, and I thought about how she could get any man she wanted. Even guys in any kind of committed relationship would consider cheating if she smiled and touched their arms.” Jude paused, texted someone on his iPhone before concluding with this: “I want to fuck her, every single day, until her brain just explodes.”

That was the last real thing Jude told me. We both stood up and he gave me his keys. I didn’t ask him where in Africa he was going, if he was meeting anyone, if he’d be there long. I just assumed that he’d call me a week later, asking me to pick him up. We did a brief hug and I watched him take the escalator down into immigration.

The drive home was a boring blur. The sun was out; it was hot for winter; everything was littered with traffic and red lights; The National kept playing from the CD player. I parked in front of one of the cafés Ariel and I usually go to after drinking. I looked at it for a while before driving home to take some Hypnodorm and fall asleep.