KNIFE FIGHT WITH A GIRLFRIEND 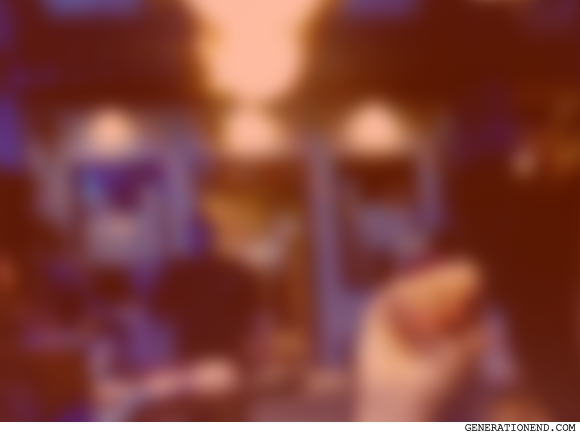 Mandy was kicked out of home when she was twenty-two years old by both of her parents because they hated the fact that she was dating someone from China. Although her relationship with her then boyfriend never panned out, her relationship with her parents was never the same again, and I knew this because we’d spend hours of our evenings, nude, staring at the ceiling or the stars or whatever just talking about it, and the more I got to know her, the more I could see the subtle hints of pain in her face when she’d smile in photographs. For someone who isn’t too fond of making friends, her parents were the only people in her life she thought she could rely on.

Mandy and I had been fighting again, and after a few minutes of yelling I called her a bunch of names that didn’t make her very happy. She chased me around her apartment with a kitchen knife. At first I found it funny until she began lunging straight at me. She was pissed.

We’d been fighting about money. About the money she had and the money she felt I didn’t have enough of. “How are you going to support someone like me? I know you work hard but I make at least three times you do. And your book. Do you really think you can get a reasonable income being a writer?”

I couldn’t believe what she said. “Why do relationships always have to be about money? You’re the thousandth person to tell me that. Why can’t they be about other things?” And then it escalated from there.

We strafed around each other in a mad circle, and I kept yelling at her to calm the hell down but she wouldn’t budge. A whole shitload of things were knocked all over the floor. She lunged her knife towards me again.

“If you were a guy I’d punch the shit out of you right now!” I yelled.

“Like shit you would, you pussy!” she screamed back.