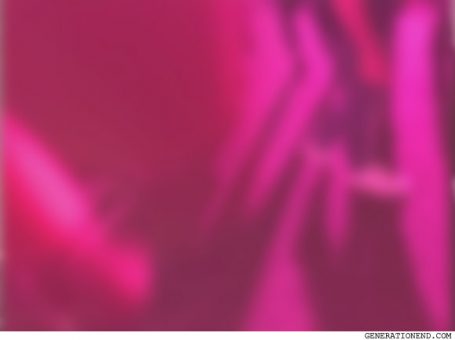 THE CHANT OF THE PENISES

Posted by Dean on Jun 12th, 2018 in Nights Out, short stories, Writing

Life would be a lot happier if our penises didn’t get in the way. Penises are like that vegetarian friend of yours who always attends your birthday gatherings — even though it’s inconvenient, you have to go out of your way to make sure they’re happy.

This is when I told my good looking friend about the Chant of the Penises.

“Have you ever realised,” I started, “or rather, have you ever noticed, that men in relationships completely vanish at three in the morning?”

“No,” she smirked, giving me a familiar look of skepticism.

“Are you dating someone now?”

“Do you live with each other?”

“Yes, Dean, I told you this already. He moved in last Christmas.”

“Well have you ever observed him at three in the morning?”

She looked upwards, tapping her finger on her beer. “I guess I haven’t.” Her eyes widened at a sudden realisation, and she caught herself chuckling. “You know what? I’ve never actually been awake with any man at three in the morning.”

I looked at her for a moment, at her smiling, and I secretly longed for her. Trying my best not to get caught looking at her legs, I continued: “This is because all men in relationships perform the Chant of the Penises.” There was a silence in the room, so I filled it with a question: “Have you ever heard of the Chant of the Penises?”

“Call me crazy, but I’ve never heard of the Chant of the Penises.”

“I wouldn’t be surprised,” I shrugged. “Most men either keep it a secret or are themselves unaware of what they do every three in the morning. I actually have no idea why I’m telling this all to you.” I actually knew exactly why I was telling her this: she was attractive, and I wanted to distract her with words.

“So what exactly happens at three in the morning?”

I adjusted myself in my seat. I turned my phone upside down to indicate that what I was about to say was something that must, at all costs, be taken seriously. I cautiously glanced around before beginning my story:

At three in the morning, every man in a relationship is transported to a distant planet called Nar. It is in Nar where each man is assigned a private oasis filled with lush gardens, beautiful stars and a mesmerising hillside view. This is so that they can get themselves into a meditative state — it is only in Nar where men are able to truly be at peace. It is while meditating in this pure, peaceful state that men are able to perform The Chant of the Penises: a potent, ten minute chant with three steps.

The first step of the Chant of the Penis allows a man to open his heart up to his penis. A man who practices this chant regularly has the ability to place his penis at the forefront of every emotion that runs through his body. Whatever the emotion — whether he finds himself drowning in rage, fluttering in love or swimming ecstasy — it will be because of his penis.

The second step of the Chant of the Penis allows a man to open his mind up to his penis. A man who practices this chant regularly is able to completely transform his brain into a living, breathing penis. As such, every thing he hears, everything he tastes, everything he says will be constantly filtered with the thought, “How will this benefit my penis?”

The third and final step of the Chant of the Penis allows a man to open his body up to his penis. It is through this chant that he is embodies a living, breathing penis. A man who practices this chant regularly is able to literally transform into a giant dick. He is the penis, and the penis is he.

And so it is — the Chant of the Penis. The amazing thing about the Chant of the Penises is that, with the exclusion of a rare few men such as myself, most of us don’t remember doing the chant at all, even though we’ve been diligently doing it at three in the morning for a significant part of our lives. Instead the chant remains within us, a silent beast that reminds us of the desires of our penises with every beat of our hearts, a cruel ventriloquist that controls our hands, our mouths, our eyes, our futures.

My good looking friend had her chin neatly placed on the palm of her hand as I finished the story. Still staring at me, she blinked and, realising that both of our beers were empty, she hovered to the fridge and brought us back two fresh bottles. I took them from her, uncapped them, and gave one back to her. She took a sip and continued to stare at me. Finally, she looked up, thought of something, opened her mouth, but then closed it again. I looked at her lips and she looked at mine. We went to my place, and at three in the morning I vanished from time.