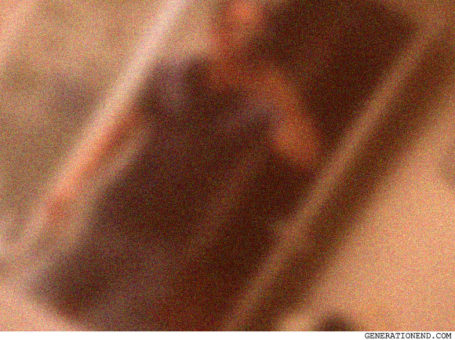 MADMAN IN THE MIRROR

Posted by Dean on Apr 1st, 2018 in Christie, Days Out, Nights Out, Writing

The quality of my writing started to drop at the same time the quality of my life started to increase. I hadn’t had alcohol or drugs in months. I had found God. I was in a stable relationship. I regularly exercised. I took protein shakes. I hadn’t masturbated in over sixty days and whenever I caught myself in the mirror I found a man grinning back. Who was that man? I touched my face as I looked at the mirror, trying to move the flesh of the grinning stranger. He looked like a madman.

I ran to Christie.

“What?” she yelled back, alarmed.

“There’s a man staring back at me in the mirror.”

I had been torturing myself to write my next novel. I read somewhere that the morning is the best time to do anything creative, because that is when the brain is most alive. As I worked at my job for long hours I decided that it would be a good idea to wake up at three in the morning, every morning, so I could spend a few hours on my novel. I almost died.

But I still managed to piece a few things together. So far the novel went something like this:

There’s this kid that ran away from home, from his castle. This kid boards a bus and he finds the city. In the city he gets mugged. He runs around, searching for the mugger. As he confronts the mugger a monkey appears in front of him. The monkey reminds this kid that he could do magic. So the kid does magic, and the mugger dies a horrific death.

I looked at my work. After a year of failing at waking up at three (I usually ended up out of bed around six or seven) I’d written about twenty pages. I wept. It was terrible. I ran back to the mirror and still saw the same madman grinning back at me. I crawled to my desk and wept some more. I was disappointed. Why couldn’t I just be rich? Why couldn’t I write a book? Why was I in so much misery? There was a reason out there, but reason was something I didn’t have time for. I kissed my keyboard, and I promised myself that one day, that no matter how hard it would be, I was going to have a bestseller, and I was going to stop being a leach, and I was going to stop being the receiver in my relationship with the world but the giver instead, and I would give and give and give and give until people would get fed up with how easily and mercilessly I’d be able to give.

I picked Christie up and spun her around, and she laughed, and we drove to a mountain somewhere.