Posted by Dean on May 1st, 2014 in Ariel, Crappy News, Days Out, Relationships 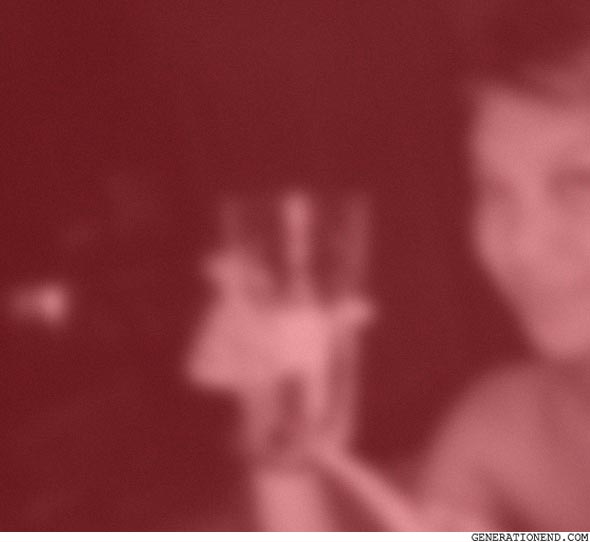 This was the first Easter Sunday where I woke up not knowing how I got to where I was. I woke up in a café in the Valley or New Farm or West End or something and Jude was there, and so was his girl, and so was some other girl, and all they did was laugh at me. We were in one of those industrial cafés everyone is so fond of now: you know, those cafés with crooked seats and crooked tables and concrete everywhere and tanned, blue-eyed, blonde wait staff who will never truly know you. I ate whatever they ordered for me – eggs, greens, sausages, avocado, mushrooms, salmon – and walked off, caught a cab to the nearest shopping mall with the hope of buying Easter eggs for people but everything was closed. I sat down, scrolled up and down my Facebook newsfeed, liking status updates that didn’t mean much. I vomited somewhere, drove home, checked my Facebook again, vomited again, drove back out to an Easter mass nearby and just stared at the altar until my mind wondered too often – I frowned, left and drove to an Easter picnic that Vail was having.

There were about thirty people in that picnic, and the only person I’ll be writing about was the man dressed in an Easter Bunny onesie. He was probably only a few years older than I was; he had a dark stubble and dark curly hair and he was loud but not too drunk.

“Why the hell are you wearing that?” I asked him.

“I think I’ve met you somewhere,” I said to him. “Were you at Jamie’s house party?”

I adjusted my sunglasses. “Jamie and I – we broke up.”

“I’m sorry to hear that, man,” he said, reading a text message on his phone.

I shrugged, thinking about her smiling in my arms right before the both of us slowly passed out on a stairway somewhere. I woke up to her drooling over my shoulder. She flinched and opened her eyes and asked, It’s time for a blowie already?

“Wasn’t meant to be?” I found myself asking.

“Down Under Bar,” he mumbled as he continued texting.

“What did you do?” I asked him again. “After you shit yourself?”

“People would’ve stopped dancing near you.”

“You’re absolutely right.” He put his phone down momentarily. “Have you ever had an abortion before?”

“No I mean have you asked a girl to get an abortion for you?”

“What are you on about?”

“I never did. Don’t believe in them, dude.” He showed me his phone: there was a photo of this kid who looked about ten years old. He had dark curly hair and was in a school uniform, grinning into the camera. “The chick sends me pics of him every so often because I ask for them. But I don’t want to meet him man, never. It’ll fuck me up. You should see how fat the chick has gotten. Used to be really sexy though.” He went silent. “Ah fuck, she was always fat. Fuck. I pulled out and everything but I don’t know what happened.”

He mumbled something and for a brief moment, I thought about Ariel. How she’d hold her drink up and smile. I suddenly wanted to fly to Italy. Canada. Mars. I probably wouldn’t call her if she was still alive, I probably wouldn’t even text. But she would still be alive, and that would’ve made life a little bit more understandable.

NEWS: Paperback editions of Surface Children are now available at Mary Ryan’s store, in New Farm, as well as Avid Reader in West End. Grab one today, and support local businesses and the work of indie authors.

One Hundred Sixty Kilograms, a short story from Surface Children, is now available as a standalone short story on Amazon.