THERE IS NO TIME FOR GRIEF

Posted by Dean on Apr 4th, 2014 in Ariel, Crappy News, Days Out, Relationships, The Receptionist 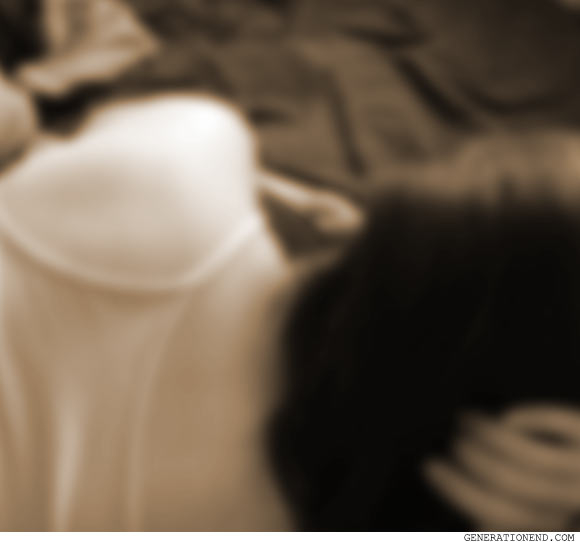 I hadn’t slept in two days. I got to work at ten in the morning, drove home at about three in the afternoon. I drove to Vail’s home, parked on her driveway. I watched her house for a while before giving her a call. No one answered her phone, so I called the receptionist.

The receptionist went quiet for a second. “I deleted your number.”

The receptionist and her new husband rented a small house in Underwood. She let me in, poured me some Coke. We looked at each other for a while.

She smiled slightly. “If my husband comes home early, he’s going to literally chop your cock off.”

“You know I thought you would’ve gained a lot of weight, but you look okay.”

She tucked some hair behind her ear. We spoke about a few things that weren’t that important until I finally walked over to the baby she held in her arms. I touched his hand, smiled. The baby was a tiny fucker. He had a lot of hair and his eyes – I envied his eyes: they were relaxed, they were happy, they were calm. Still smiling, I picked up the baby so that he was safely positioned above my head. He chuckled.

“You better not piss on my face.”

How do I deal with grief? I make fun of other people. I take sleeping pills. I watch downloaded TV shows. I hide my grief in a corner somewhere, and once in a while it comes out in my writing. But the truth is there’s no time for grief. There’s time to fuck up, but there’s no time for grief. Time is free, but it’s not everywhere anymore – it’s rapidly running out. I placed my hand on the baby’s face.

I gave the baby back to the receptionist; she cuddled him and tapped his nose. The baby made a little noise. The receptionist looked up at me and told me a funny story about him; I don’t remember what the story was, but I remember laughing.

The receptionist and I just looked at each other for a while, not saying anything. Eventually, she opened her mouth to say something, but nothing came out. I headed back to my car and drove home, had some red wine, looked at a few photos on my phone, scrolled up and down my Facebook newsfeed, stared at the ceiling.