EVERYTHING ALWAYS ENDS UP IN YOUR BATHROOM 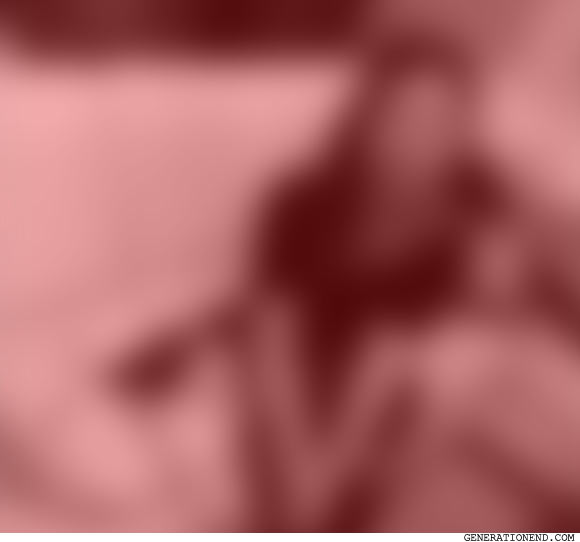 Life has been stupid lately. I was hired by the luxury car dealership to be their copywriter/designer/marketing person/driver, and as I happily accepted their offer and happily accepted their stable pay slips everything else outside my working life began to deteriorate: I wrote less, I saw friends less, I boxed less, I woke up at five in the morning every day and slept at nine in the evening every day. I became the type of person I never wanted to become. But the money was amazing, and for the first time in a long time it was actually present in my life. Who the hell doesn’t like money?

It was also time to end whatever I was doing with Jamie. There were plenty of things I was growing to greatly dislike about Jamie. Her hair. The way she constantly ate. Her healthy drug addiction. Her face. Once, she sent me a video of her drunk and dirty dancing with a female friend, but it just didn’t look right. So I planned to end things once and for all the day after we went to her friend’s house warming.

“You’ll really get along with her crowd,” Jamie said as we drove there. “They’re all artist types. Your kind of people.”

The house warming was up north. The house was a big house, an old house, and every room smelt like their ugly dog: this big grey thing that fucked everything it looked at.

“You know what?” I asked Jamie. “Dogs hump everything but I never see them come. When do they come?”

After a bit of walking around, Jamie introduced me to her friend, Amy. Amy was wearing a bikini made out of garbage bags and staples. The words FUCK RU$$IA were painted again and again all over her legs. I looked at her, and then at Jamie. “I bet you guys are best friends because your names rhyme.”

With the exception of Amy and a guy in a Hawaiian shirt, everyone else in that party wore extremely tight jeans, thick-rimmed glasses and either a piercing on their nose or multiple piercings on their ears, or both. Most of them were freelance graphic designers, freelance web designers, freelance copywriters, baristas, interns, drama students or painters who haven’t painted anything yet.  The guy in the Hawaiian shirt turned out to be a writer.

“Sometimes I think I am.”

“You should read my book,” he said. “It’s about these two characters trapped on an island. I’m going to submit it for a Vogel award.”

“Yeah I presented it at the Brisbane Writer’s Festival last year. It’s just gripping, you know? Well, more shocking than gripping, because you see the breaking of innocence. These two characters, they’re this innocent older couple, married a few years, just wanting to have a vacation in an exotic island they saw advertised online. But then, the horrors that happen to them… as I was telling my friends in my writer’s meetup… it’s quite a literary experience. Because every assumption you, the reader, will have, will be broken.”

“Jamie told me you had money.”

“You’re a liar,” he hissed before walking off.

I turned around. It was Amy. “You scared the shit out of me.”

“Let me show you something,” she said, her eyes wide. She was high. She brought me to her bathroom, which was crammed with about four other people. She opened her mouth and showed me her tongue, which had a pill on it, and kissed me before grabbing a bottle of beer and pouring its contents down my throat. She kissed me again, grabbed another pill, pulled her garbage bag bottoms down, and forced it up her anus. Her eyes fluttered; she smiled.

She placed another pill on my index finger. “Your turn.”

“What is it?” I looked around at the four other people in her bathroom: one was passed out, two were making out, one was just wide-eyed, staring at me, smiling, drooling.

“All that matters is that you swallow one, and push the other one up yourself. It’s like, so much better than meditating.”

I did it, and then I smiled at Amy, and she smiled back at me, and I told her that I’m going to be afraid to sniff my finger or scratch my eye for the entire night. She ignored me and began telling me about Buddhism. About veganism. About capitalism. About how we need to change our ways. About this book called The China Study. She squeezed my balls, and I screamed, and then she laughed. She took my hand and guided me to her bedroom and we drank things, lots and lots of things, and then we took turns with her fancy looking bong, and then we argued about something I no longer remember – all I remember was that the argument quickly became a horrific one. I began to strangle her, and then she began to strangle me, and as our faces turned red and as our eyes began bulging we both let go and laughed. I ran to the bathroom and washed my hands and then got the fuck out of there. I saw Jamie on the way out and I gave her the finger and told her that I hated her before running – sprinting – out of the house. I saw my car and I ran on top of it, and I kept running. I wanted to run home. I knew it would take days to run home, but I wanted to run home. I was so happy. I texted some people. I hadn’t been that happy in months, years, ever. I looked up, at how clear things were and decided, then and there, that I wanted to be a fireman, because firemen got the girls. I sat down, crossed my legs, and began listening to something by Buddy DeFranco, whoever the hell he was. For some reason Jamie was behind me again, and her eyeliner was just so pretty and so perfect, and we were in her bathroom and she was giggling and beautiful warm water was running down both of us. I was also giggling. I asked her if I pissed my pants and she said Yes, you prick! You pissed all over me. I told her that she was my best friend, and that I loved her and that I wanted to impregnate her, twice. She was turning transparent. She pulled out the razor blade she used to shave her legs and began shaving my pubic hairs, and I told her not to, but she did, and I kissed her, and then I suddenly died and I saw blood everywhere and Jamie screamed, but then I came back to life! I came back to life! I woke up to my phone buzzing.

Everything was dark. I fumbled around and eventually managed to pick it up – my head was spinning and everything was throbbing, and I could barely make out what the person was saying so I kept asking them, “What?” until I was finally able to comprehend a tiny piece of it: the person, a sobbing young girl, kept saying again and again and again, “Ariel is dead. She killed herself, we need some money to pay for…” and everything shrank, and the darkness of the room kind of crumbled and gave way to even more darkness, and I yelled and I cried and Jamie asked me what was wrong and I kept yelling and screaming until I fell back to sleep.