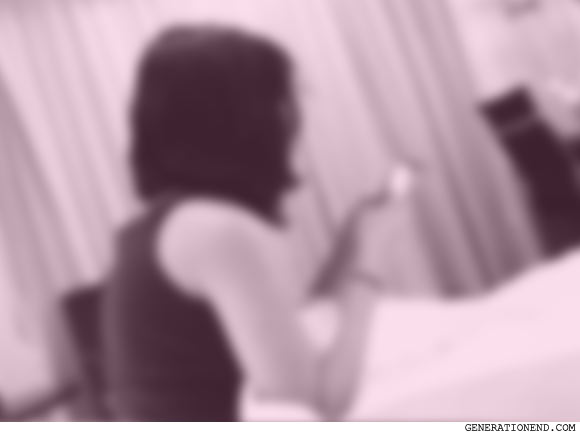 I was in a bad mood about something and I found myself sitting at the RE with two guys and two girls. One guy was working, the other guy was unemployed. The two girls were studying at uni or design college or something. None of them were smokers.

“So?” One of the guys, the fat one, asked everyone.

“So what?” One of the girls giggled.

“I think we all want to be rich.” I shrugged. “The hell’s your point?”

“You know, like, I’m sick of how corporations operate,” the unemployed guy said. “I’m sick of how we have to work for people, you know? And in the end we get nothing while they get to sleep in beds of money. Plus, no matter how much work we do for a company, they won’t even remember us when we leave. And that’s not if they make us redundant beforehand.”

“You’re absolutely right,” one of the girls said after putting down her phone. “I don’t even know why I’m studying. It’s not like we’ll be using what we learn in real life anyway.”

The other girl nodded. “Do you know how many of my sister’s ex-classmates are still unemployed? They graduated a year ago.”

“You know what?” The fat guy asked everyone. “Why don’t we fucking start a business?”

The other guy nodded. “We should,” he said, looking around at all of us. “Us five. We’ve all got our talents. We totally should. It’s time that we make a difference.”

“Steve Jobs started in the garage.”

“I don’t want to start in a garage,” one of the girls complained. “There’s five of us, we can all chip in for some place a bit nicer than that.”

“Yup,” one of the guys agreed.

“What kind of business shall we do?” One of the girls asked. “My aunt, she–”

“We need to do something that’s important,” the fat guy said. His beard was moist from his beer. “Something that’ll change the world, but will make us lots of money at the same time. Something that will make us passive income, so after we build it, we don’t have to put much work into it after it’s all set up. It has to be online. We need to revolutionise the internet.”

“How about something to do with memes?”

“This friend of a friend of mine,” one of the girls, the one who was sober, said, “he started this website full of just these terms that everyone searches for on Google, and he just filled it with these memes and put Google ads in there and now he makes like ten thousand a day from Google ads. Then he like gets people’s email addresses, puts them in a database, and sells those email addresses for thousands of dollars each. It’s fuckin’ easy money. Then all you have to do is put that money into real estate and bitcoin and you’re set for life.”

“This is exciting,” squealed one of the girls.

“When shall we have a meeting?”

“I’ll have to ask what my boyfriend says first.”

“Yeah, and actually, maybe I should get some real world experience by working for someone for a few years, you know? Then, like, once I’ve been hands on in a corporation, I’ll be able to know more about what works and what doesn’t. Plus, I need to pay my rent.”

“Shall we just organise the first meeting over Facebook?”

“Okay,” the girl said. “But I promised Zoe I won’t use Facebook until uni starts again.”

“How about someone just text us and we go from there?”

“Hey did any of you guys happen to watch Catching Fire?”

“Really? I don’t think she is. She cried throughout the whole movie, too.”

Vail picked me up, drunk, at about midnight. She parked outside her home and we walked inside and went upstairs to her bedroom. I looked around. Her room always surprised me, no matter how many times I’d been there before: it was huge.

She pulled out something that was wrapped in fancy looking wrapping paper. “I know this is late, but Merry Christmas, Dean.”

I opened it. It was a book: Robert Kiyosaki’s Rich Dad Poor Dad. The same book that Ariel kept trying to get me to read.

“Thanks?” I flicked through it.

She hugged me quickly before pulling away. “Maybe this year, you’ll be able to afford a decent meal. I want you to start learning how to make money, Dean.”

“What is it with everyone and money nowadays?”

I pulled something out of my pocket and gave it to her. She looked at it and smiled before punching me. “A twenty dollar JB Hi Fi gift voucher?”

“You can buy a CD with it or something.”

“You still buy CDs?” She kissed me on the cheek. “Thanks, Dean.”

We walked to her balcony and she poured us both wine and we spoke and spoke and spoke and didn’t shut up. Halfway through our conversation my iPhone vibrated. I pulled it out of my pocket: it was Jamie. I looked at her name on my screen for a moment, just glowing there, before putting my phone away.  “You know in my book,” I told Vail, “I wrote a story just about you.”

She then told me about her recent breakup and how she didn’t want another boyfriend for another fifteen hundred years. She told me about how she was thinking of starting an online business, maybe about organic recipes or something, or maybe even something about Google ads, and that her dad was going to help her with some startup money. She said she wanted to make some good passive income from it, whatever the business was. We drank some more and spoke some more, and when we both started dozing off we stood up and walked inside. She took her clothes off and just stared at me, and I stared back. We both laughed. She said good night and I slept on the couch right in front of her bed.