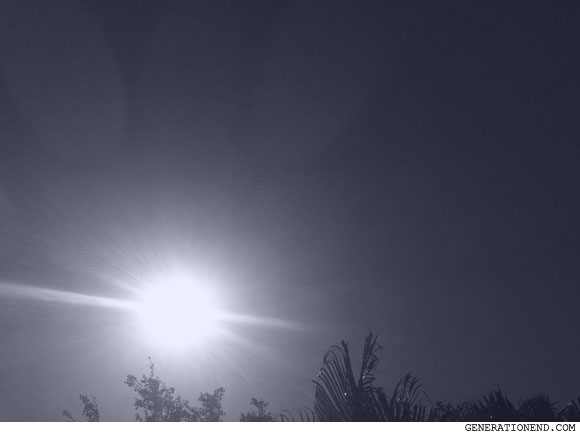 Jude returned from Africa on Wednesday. Nothing about him seemed that different, except that maybe he’d lost a little weight and his eye bags were deeper; he tried to hide some of it with foundation.

“I saw a video online of twins making out,” Jude said after putting his drink down. “Like actual, biological twins. I mean the idea is hot and shit, but seeing it in reality almost killed my boner.”

“How was Africa?” I asked him.

“I spent fourteen hours just wanking yesterday,” he said, pumping his fist up and down. “And I didn’t go once. I’m so bored.”

“I wish I had fourteen hours to jerk off.”

“Of course you have fourteen hours.” He pointed at my eyes. “Look at your eye bags. You’re still not sleeping, are you?”

“At least I’m not trying to hide mine with makeup.”

“I can see all the foundation on your face. It’s thick and disgusting.”

I returned his BMW keys to him after we had a few more drinks. “Thanks for lending me your car all this time.”

“You better have cleaned it,” he said.

We drove to Sunnybank, had some ramen in silence, then drove to the city. I spent an hour watching Jude approach random women to ask them if they’d hook up with him for a hundred bucks. Eventually, a girl said yes. She was maybe nineteen years old. One side of her head was shaved and she had the words, “FRIENDZ! FAMILY! FUN!” tattooed on her right bicep. Her teeth were a little crooked and she had a tiny belly and she had an annoying way of saying how “redundant” everything was. But she looked like someone who still cared about things, like maybe books or podcasts or something.

We went back to Jude’s BMW and parked at Kangaroo Point, at this place that overlooked the river. I sat in the driver’s seat, playing with my phone as they sat in the back, kissing each other and mumbling things. Eventually, Jude told me to turn around and start filming them with his phone.

“Just asking. My friend’s a vegan, that’s all.”

“You know what year I’d like to be in again?” I asked her.

I turned around and faced her, surprised. “How did you guess that?”

She shrugged. “You just seem like that kind of guy.”

“This car smells now. You guys fucked up the smell.”

She then told me about the movie Her, about how it has some of the best quotes in a movie she’d heard in a long time. She told me that one of her favourite quotes had something to do with the fact that we have short lives, and it’ll be unfortunate if we denied ourselves a little joy. Then she told me about her mum, how she used to do ballet even if she had fat legs.

Jude returned and gave her eighty dollars and we dropped her off to a bus stop and drove, drove, drove. We parked in front of my place and we spoke and laughed about a lot of things, and as seven in the morning approached he told me that he had to go and have morning coffee with his father.

NEWS: Paperback editions of Surface Children are now available at Mary Ryan’s store, in Milton. Grab one today, and support local businesses and the work of indie authors.