A POINTLESS THEORY ABOUT LOVE 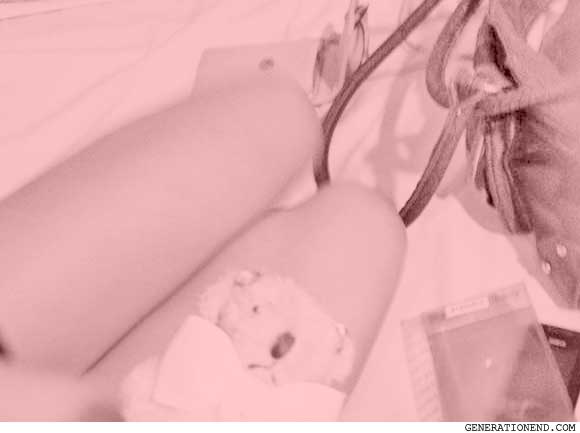 Things weren’t going so well for Ariel and I so she flew us both to Melbourne for two days. We caught the SkyBus to our hotel and checked in and when we dropped our bags on the carpet we looked at each other and laughed for no reason; she said she was tired, but the day was never coming back again so we better make the most of it. I told her that days do happen again, that they happen again and again and again, that in fact I had the exact same Wednesday last week. She didn’t reply. I lay on the bed as she walked into the shower and just watched the ceiling for a while before sitting back up to stare at the TV.

“You know what I like about Melbourne?” she asked me.

“The people,” she smiled.

“The hell you on about? We haven’t spoken to one person yet.”

We visited a few places I’d been to before: the library, a gallery, a tourist information centre, the QV building, Off Ya Tree, some side streets with graffiti, about a thousand Pie Faces; we met a busker who had a sign in front of him that said, JUST THE TIP, I SWEAR, and he told us that a feminist threatened him for an hour because the sign contained a joke about rape. We returned to the tourist information centre and considered booking a tour to see the penguins, but changed our mind. We went to a café: she ordered a cup of mocha and I ordered wine.

“Are you happy?” she asked me.

Like always, we spoke about our dreams. She told me about the properties she was going to have all over the world and I told her about the airplanes I was going to have. She told me that she wanted Gucci bags, Dolce & Gabbana bags, a room full of shoes. I told her that I wanted to like, build a school or something, for you know, for where the poor people live. She told me that she was going to buy a unit for her aunt and a bunch of units for her cousins. I told her about swimming with a ukulele in a large swimming pool, about a large bed, about stress-free sex, blue skies, dark skies, the sun going up and down and left and right, stars falling like thumbtacks and how in the future, when I walk into any store, I’ll no longer look at price tags. Then she told me about how her boss was still threatening her for only taking on a small number of clients because of me, that she used up a large portion of her savings for this trip. Her forehead creased, she slouched, she looked into her drink. I told her that she shouldn’t have flown us here. I also told her that I wasn’t working anymore. I said, “We just have to win the lotto and we can get out of this mess.” And she put her hand on mine and told me to never put my hope in easy money.

It was evening by the time we finished and there were buskers everywhere. They danced, they sang, they played the guitar. After eating at this Vietnamese restaurant that Bill Clinton had apparently once eaten in we went for a walk and found this crowded rooftop bar and ordered wine. “Congratulations, Dean,” Ariel said, raising her glass to me, and I asked, “Why?” and she said, “For publishing your first book. I’m so proud of you.” We drank some more, but by ten we were no longer in the mood. We stumbled back to the hotel room. I threw her on the bed and took her shoes off. I took off mine. I lay next to her and we looked at each other. I was tired and the wine had made me drowsy. She asked me if I still had the bear and the ring she gave me, and I told her that I did. “My bear is in my purse and I’m wearing my ring. Where did you place yours?” When I didn’t reply she asked me if I was seeing other girls now to get back at her for everything she was doing with her clients and I told her that I wasn’t. A tear fell out of her eye. She pushed my hand away, pulled a tissue out of her purse. She wiped her eyes. “We’re going to have to end this,” she mumbled. “What?” was all I could ask her before eventually closing my eyes and falling asleep to dream about something I no longer remember. The bear was in my room. The ring was in my pocket.

NEWS: My book of short stories, Surface Children, is now available on Amazon.