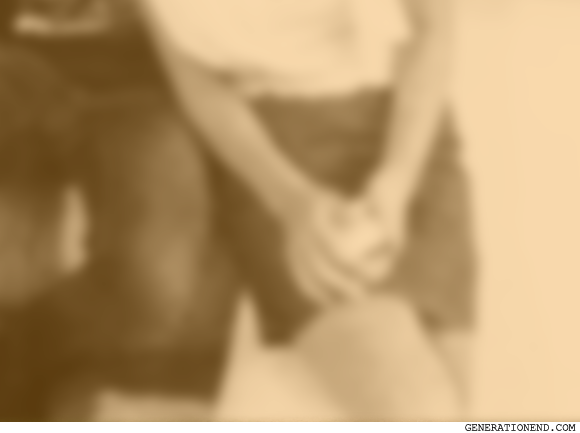 Ariel was a lot of things. She was smart and she was ambitious and she was the most jealous person I’d ever met.

“I know this is unfair, but if I see you with a girlfriend I will shove my fist down her throat and kill her.”

Some part of me actually wanted to see it happen.

When we first met, Ariel was “dating” about six or seven other guys a week. But according to her, she’d only ever been in one real relationship.

“I dated him way before I started doing what I’m doing now,” she told me one evening as we sat in front of the River. “He was my first real boyfriend.”

“It’s true,” she insisted. “He was a school teacher. I liked him because he was ugly. He had these thick glasses and this weirdly shaped head and he never knew how to fix his hair properly. I don’t like good looking men. Good looking men have been spoilt all their lives. They’ve never had to work hard to gain the respect of others – they’re too used to people wanting their attention, you know?” She put her hand on my face. “That’s why I like you.”

“You just made me hate myself,” I said.

She laughed. “You have to believe me, honey. If I ever overhear someone say that they think you’re good looking, I’m kicking you out of my life.” Her laugh faded, and, picking some imaginary lint from her skirt, she continued: “he’s married now, I think. I still think about him sometimes.”

“If he were to come here tonight and ask you to be with him again, what will you do?”

I didn’t ask her how they broke up. Instead, I took her hand in mine and like always, we left the bar and walked around, laughing about things, talking about things, feeling each other up. We walked into a club, Mustang, I think, and I sat somewhere and I watched her dance as she looked only at me.

We were drunk and it was five in the morning when she told me her secret:

“I’m not doing this alone.”

“I like you. I really, really like you. And I don’t want to charge you money when we meet anymore. I’m not supposed to tell people, but I’ve got a partner in this.”

“The guy, the one who introduced me to this business… He gave me a place to stay rent free, and he introduced me to his friends for a fee. I get a small percentage of what guys pay me, but most of what I make goes to paying him back. He’s a pretty scary guy and I can’t just run away, but he’s been good to me, so I don’t mind.”

I didn’t know what to say. I was drunk and confused.

“It’s really not that bad.” She placed her hand on my lap. “He teaches me a lot about business and investing, so when I finally pay him back I’ll be making so much more. I’m going to start a real estate company once I have enough money. Isn’t that good? Aren’t you happy for me?”

As we ate breakfast she told me how most of her days were like: she’d drink all night, wake up, vomit for a little bit, run for an hour or so, eat as much healthy food as she can, read books on investment and real estate, get ready for another evening. I paid her, and we went to Dymocks and she walked to the counter and bought something and came back and handed it to me: it was a Bible. We argued about it for a while until she forced it into my hands. She told me that because I’m a writer I might appreciate the book of Ecclesiastes, which supposedly contains the most poetic passages in the Bible. She showed me this:

I denied myself nothing my eyes desired;
I refused my heart no pleasure.
My heart took delight in all my labor,
and this was the reward for all my toil.
Yet when I surveyed all that my hands had done
and what I had toiled to achieve,
everything was meaningless, a chasing after the wind;
nothing was gained under the sun.

We kissed and said goodbye. I tried to sleep during the bus ride home, but I couldn’t. I told the bus driver to stop and I ran out and vomited while running towards a shopping centre.

SOME NEWS: We Fall Asleep So Early is now available for your iPhone, iPad and iWhateverelse. Click here for more info on my works.