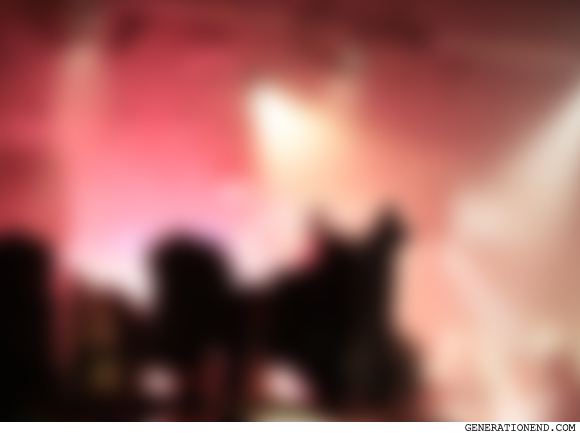 Time is something you don’t necessarily have to hold on to. I don’t know why, but that evening, last year, when you walked out of the third party we’d been to that week with your stupid friends who didn’t understand us – who didn’t understand me – I couldn’t help but feel hollow – is hollow a feeling? I know I’ve met hurt and anger and happy and glad and all of those others guys before – but hollow? Where does hollow belong? As soon as you left, as soon as the ‘hollow’ came my pleasure in being social and any reason for me to smile and nod and make new friends vanished for good. I stood there in the lonely dark corner of the party and I looked around and I leant on a wall and I fumbled with nothing in my pocket and I thought of excuses to leave and I thought of time; the time it took to call someone, the time it took for a war to end, the time it took for a car to start, the time it took for an evening to rest and an evening to start and for us to die and for us to live all over again. But I stayed, and I stayed, and I stayed, and people came and went and I drank and eventually forgot about you and actually had a good time. As two in the morning came along and as this guy I met some time ago slung against my shoulder and told me how drunk he was I looked out of the balcony of the house on the hill we were in, past the passed out couple on the lawn and past the fences and into the complete black canvas outside. When had it become so completely dark? Were vampires real? Would I be awake in time for breakfast? What am I happy about? What am I sad about?

The second day after my PRK laser eye surgery wasn’t much better. It still hurt whenever I opened my eyes, which was annoying because I missed writing. I wasn’t allowed to participate in any sort of physical activity and everyone was either at work or out having fun. I spent most of the day taking pills, putting on eye drops and listening to the TV shows on my laptop.

Jude came by later in the evening. “You smell,” was all he said about me before telling me about his life: he spent the weekend at some hotel room with his new girlfriend and a bunch of other friends, and the week before that he worked a lot, and he drank a lot, and he smoked a lot, and he went to the gym a lot, and he also tried this new place in the Valley that apparently had lots of alright not-too-slutty looking girls.

“I hate not being able to do anything,” I told him.

“You should be lucky,” he said. “You know how many people are looking for excuses to do nothing? Doing nothing is fantastic. It’s what we all work hard for: to do nothing when we’re old and irrelevant.”

“Your wisdom never ceases to impress me.”

“I want you to try something.” Jude put something in my hand. “At the Coast, right, we rolled up old weed and crushed Panadol and tea leaves and smoked it up.”

I played with it with my fingers. “Have you tried it yet?”

We went outside and I lit it and tried it and nearly vomited. Jude laughed and said he’d never tried it before. I tried to punch him but missed, causing him to laugh even more. He took it off me and finished it off, coughing hard and saying how terrible it was each time he took a puff.

“How’s your book going?” He asked me.

“Slowly.” I sighed. “Even when I wasn’t blind. I want people to learn from it, I want people to read it and see the world differently afterwards, you know? To make changes. But I feel like I have nothing much to teach.”

“Listen,” Jude said, “as your really good friend, just write whatever the hell as quickly as possible and put it out there and sell it. Even outsource a writer from Philippines or Mumbai or South Africa or some bullshit to finish it for you – did you know that you can do that? That you can outsource your shit? I know you want to be artistic and pure and shit, but you can’t. You can’t do that. Your fucking Generation End blog or whatever, I mean, you’re getting all these readers but you don’t even have ads. How stupid can you be? You blew ninety percent of your savings to make yourself blind, you’re paying all these bills, and you go out and you party and you’re wasting it all away to the point where one day you’ll tell me that you’re homeless… you’re a man, Dean, a man, not a loser – men don’t do this to themselves. I’ve seen you be poor for the entire time I’ve known you and you’re going nowhere. Vail and I are moving higher in this world and you’re in exactly the same state as when we met you. Just finish it; who cares about the quality? You’ve written manuscripts before, right? I mean, where are they now? How have they helped you improve your life? You’re taking way too long. You’re single and you live alone and you’re jobless. Like, at least get a job or something, because your situation is just depressing, and no one is telling you this, but they pity you. I pity you. Get a job. Do something to make you money. This writing is getting you nowhere.”

I don’t know if you’ve ever cried one night after receiving laser eye surgery before, but it’s painful. I squeezed my fingers against my palms. I wanted to say something but I couldn’t. Nothing would come out. I couldn’t explain why I needed to do what I needed to do; I couldn’t even explain it to myself. We both said nothing.

“What do you mean, run away? You don’t live with your dad anymore. You just gave me a huge lecture.”

“I mean from Brisbane. From this place. From my commitments. I want to see different things. I want to have sex with an African girl – in Africa. I don’t know. I’m bored.”

Jude shrugged. “I have a few hundred thousand dollars saved in one of my accounts, just getting shit all interest. I might as well spend it on changing my life.” My eyes were closed but I knew he was thinking hard. Eventually, he stood up. He patted my shoulder and said, “I’ll visit you again,” just like Vail did. He made me a glass of water before saying that he had to go now because he had to meet his girlfriend for coffee at Milton and then perhaps have anal sex with her at her parents’ place afterwards if she wasn’t feeling so damn up herself.