HER FACE WAS DRAWN WITH CHARCOAL 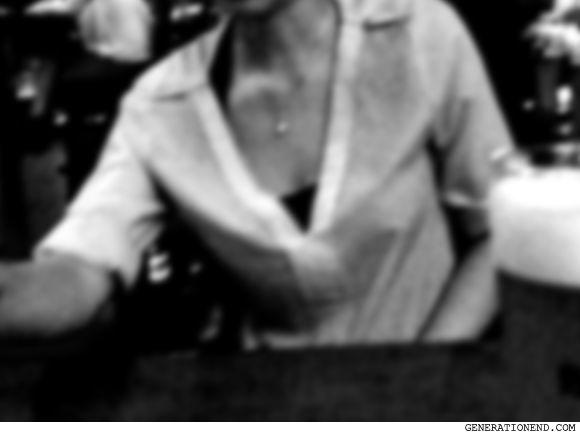 I want to forget a whole lot of things. But there are also a few bits and pieces of my life that I want to remember forever. Like this time when Ariel and I booked a motel for a night. It was a shitty motel and there were stains on the sheets and we just lay there, staring at the ceiling in silence. Once in a while we’d talk about people in our lives, or once in a while we’d watch videos on YouTube from my mobile phone, or once in a while we’d glance at the window outside, or once in a while she’d turn to me and ask with slight dread, “What’s going to happen to me?” and I’d feel sick inside, so I’d tell her a joke, any joke I could come up with. She walked to her battered pink purse and pulled out two small teddy bears and two rings. “I bought these for you,” she said, and gave me one of the bears and one of the rings. Trying not to appear too affected by it, I looked them over (the ring had LOVE ME, OK? engraved into it) and said thanks and mumbled that it’d been a while since a woman had given me anything, and for some reason she cried and eventually fell asleep with her mouth open, and I kissed her forehead and as she slept I began texting a girl I met in a clothing store.

Ariel frequently reassured me that she was a person, that she was real. She had dreams. She dreams. She could feel it when I pinched her and she could feel it when I insulted her. She looked better without makeup, but only if I didn’t see her in the morning. Once, she took me to a church in the city, this big but quiet cathedral that had five or so people in it. She pointed at the altar and told me to look at it and then slapped my arm and told me to stop looking at it because I was staring at it for too long. She told me to bow my head and pray, to ask for things I’d never asked for before. She always talked about wanting to be wealthy but never bought expensive things. She loved McDonald’s and would always laugh as she threw fries at me. She rarely finished her food. She read books. She listened to James Blake. Her teeth were unusually perfect. Her lipstick was unusually perfect. When she’d drink she’d often lie to me, or get some girl to call me up and pretend that it was her. She told me to keep going to the gym.

One evening she said this: “Listen, if things between you and me, if they don’t pan out… I want you to keep working. But work smart. Work at being happy. Stop reading such depressing books. Help people. Forget about all the short term stuff. We’re in a rut, a really bad rut, but one day, if we just keep working, the success will snowball. I truly believe in it. Invest, okay? Can you promise me you’ll invest?”

Ariel’s business partner’s threats were getting worse – he even began raising the interest on her debts. She told me the only way for neither of us to go broke or get harmed was for her to take on one or two “old friends” again. One of these old friends was a teacher, just like her first boyfriend. He’d been texting her repeatedly and begging her to meet him again. When she finally agreed, he took her to Movie World, which was perfect, because she’d never been there before. This guy, this teacher, he was tall and thin and had a horrible childhood and wore glasses that never looked even on his face. He loved books, he’d been to India, he’d been to Kazakhstan. He had rough yet gentle hands. He liked to wear perfume and he smiled a lot even if he was often lonely, and, while with her in the very bar that I first met her, he drew her face with charcoal and told her that he’d never hurt her, no matter how she treated him or what decisions she wanted to make in life.