FOREIGNERS IN A CHINESE WEDDING BANQUET 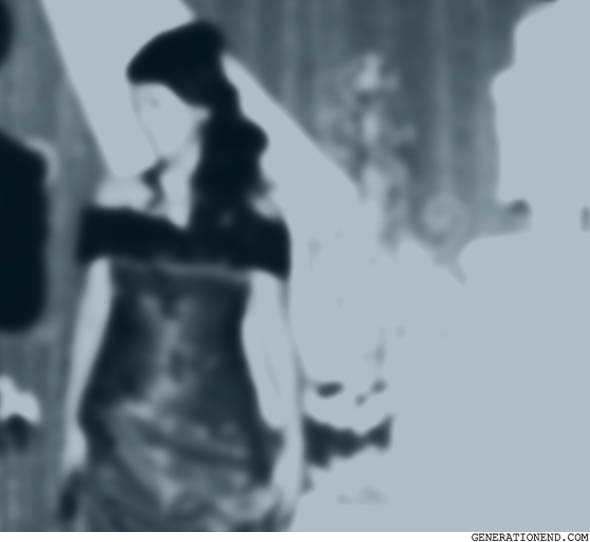 Jude and I were invited to a friend’s Chinese wedding and the first thing I made was a mistake: I didn’t bring any money to give to the new couple. I didn’t even bring an impressive gift. I brought a box of two small wooden dolls I’d made for Eva once that I’d never ended up giving, two little dolls holding each other’s hands. In each other’s pockets were two short stories that you needed to squint to read.

“Well I don’t have three hundred bucks,” I said.

Jude sighed and pulled a hundred out of his present and gave it to me. “Put this shit inside my spare red envelope thing.” He pulled out a scrunched envelope from his pocket. It was thin and red and there were golden characters written all over it. I did what he said. I was drunk.

The party was grand. It was in a large ballroom in a large hotel and there were about two hundred, very well dressed attendees. Food kept coming, glorious food, food prepared in ways I’d never imagined. As we ate, various photos of the couple were projected onto one of the walls. They weren’t just normal photos, either. They were professional, dramaticised photos of the couple taken all over the place: there was one of them leaping for joy in a park, there was a photo taken of them staring into each other’s eyes in front of a waterfall, there was a photo of the groom romantically carrying our friend while standing out of a bed of sunflowers, there was a photo of our friend happily being piggybacked across King George Square. A large, expensive-looking book of all these photos was also available for everyone to look at in front of the ballroom. And then the groom sang a song, and then there were games, and then everyone had to toast the new couple: everyone raised their wine glasses towards them and yelled “AHHH” nonstop for what felt like five minutes. Everything was hazy, so I drank even more.

It was a good evening until I bumped into the half-Hungarian something girl I met from Melbourne (blog post here).  She sort of smiled. “I’m so glad I bumped into you again. This must be a sign.” We talked and joked around for a while until she grabbed my arm and brought me somewhere.

“Remember in Melbourne when we, you know, you know?”

“You do, you wanker. When I asked you if you had a… condom… and you said you didn’t, and we still…”

In that instant I suddenly stopped being drunk. “Why? Hang on, what’s your name again?”

“I’m Rachel, and you better remember it because,” she looked left and right before hissing: “I’m pregnant.”

This was when she cried. “And I have an STD. You gave me an STD. You’ve ruined my fucking life!”