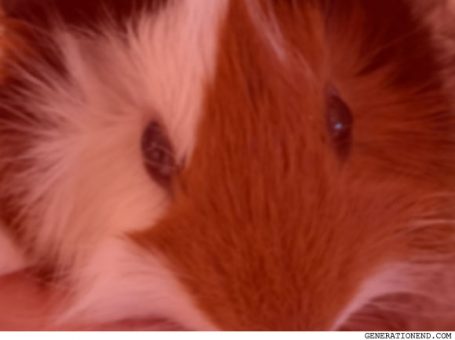 WHAT DO ANIMALS THINK ABOUT?

Posted by Dean on Jul 3rd, 2020 in Christie, Days Out, Relationships, Writing

“You scared?” she asked.

“Why, because of the virus?”

“Yes, because of the virus.”

Christie had just had her fingernails done up and we had been huddling in my car. The sun was — where was the sun? We didn’t know, we couldn’t see it, but there was light coming from a distance, and she used whatever light there was available to look at her nails. I hadn’t seen her in two months. I’d been overseas, and then I had to self quarantine. My car smelt like sanitiser.

Because of the forced quarantine I’ve had some of the most productive days of my life. I managed to complete Everyday A**holes, get guest featured in a number of publications, read a bunch of books, develop a consistent workout routine, design a Kanye for President playing card and even begin thinking of my next book. Some part of me even dreaded the time when things would get back to normal: the return of traffic, the return of constant social events, the fake smiles, the pointless in-person meetings, waves of reality.

At some point my night terrors began to increase. I’d wake up and see certain figures standing over me, and I’d run out of bed screaming. I spoke to a spiritual mentor, who told me that there was a period in my life where I’d gotten so drunk that I lost control of myself and opened some kind of void to the spiritual world. I then spoke to another person who told me to trust in Jesus: he told me of a saint who, when seeing a demon on her bed, would say, “Is that it?” and go to sleep, because if you followed Jesus, what was there to fear in life? I then spoke to a doctor, who gave me a prescription to mirtazapine—“This will help put you to sleep,” the doctor said, patting my shoulder, “take them for about a month and by the time this whole pandemic is over you should be on your feet again.” It sure did put me to sleep. I slept for twelve hours, and the next day I felt drunk, and for the life of me couldn’t think if a negative thought. I then spoke to Jude, who told me to man the fuck up.

Christie and I drove to a pet store. We wondered around, making sure to stay distant from everyone else while peering closely at the animals. There were chickens for a few bucks, and there was a dog wandering around, and there were fishes cluelessly swimming around in a small aquarium, and there were kittens in a glass cage but mostly, the pet store was surprisingly void of animals. Apparently since COVID-19, people have been flocking to buy pets.

For the majority of my life, I’d dreaded the idea of having a pet. Why do we have the desire to clean their shit, pay for their vaccines, use the rare portions of our days taking them for walks?

I suddenly remembered the giant dogs in my neighbourhood when I was a kid. They stood taller than me and barked like madmen, and to have some fun the neighbours would let them loose on my brother and I. My brother and I would run for our lives, grasping for any ledge that would save us.

“I don’t get why people need pets.”

“When you have a pet, your life will no longer be just about you.”

Christie picked up her guinea pig, which she had “ordered” a month in advance. It was an Abyssinian guinea pig, and its hair was sticking up all over the place. I looked at Christie. “You know they eat guinea pigs in certain countries, right?” She ignored me and placed the tiny pup in my hands.

“You need to place it against your chest, and then you need to make a little squealing sound,” the pet store lady said.

“Fine,” I said, pulling the little guinea pig to my chest and making squealing sounds. It huddled against me as I stroked its fur. Its eyes were large, curious. I smiled right before it pissed all over my jumper. Everyone laughed except me.

Book I’m reading: Prisoners of Geography: Ten Maps That Explain Everything About The World