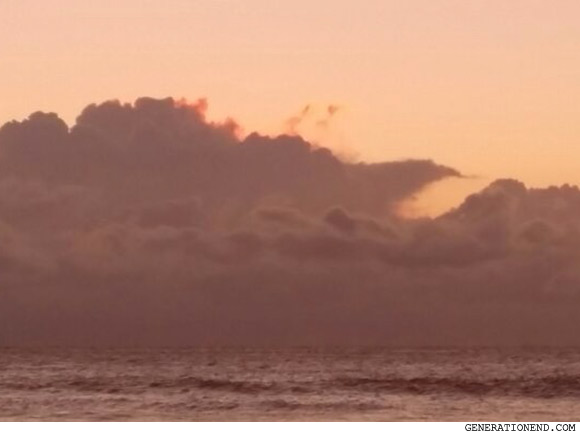 There were plenty of things I thought of while up north: money, girls, boxing, the point of it all, the ups and the ups and the downs and the downs. I spent most of my time and money on driving and music CDs, and it was always sunny, and something about the heat and the beach made everyone tired and tan and different from what I was used to.

Jason seemed to have a lot of friends that he never wanted me to have. Every weekend he’d invite me out to some dinner or some house party he’d either organised or been invited to, and he’d introduce me to all these people and we’d eat and drink and laugh, then afterwards I’d never hear from them again. He’d always tell me about “hot birds” that he wanted to set me up with, and he actually did follow through and introduce me to girls, but whenever I’d get close to any of them he’d stop talking to me or I’d find out he told them that I had a girlfriend, or herpes, or both. He was angry sometimes, and he was happy sometimes, and once in a while, after dinner, he’d tell me stories about a prostitute who used to love dipping his balls in hot and cold water.

One thing that would’ve pissed Jason off the most was if I ended up doing anything with Hayley, which would’ve been impossible for a number of reasons: I wasn’t her type, she had an on-and-off-again boyfriend, she was too tall for me.

“I like your boots,” she said as she entered my car. We said nothing to each other as I drove, and once in a while I’d glance at her legs. We parked and entered a shopping mall; after looking around at bullshit for a good hour or so we entered a café.

A waitress brought us to a table, but Hayley wasn’t happy with where we were seated so she asked for us to be relocated somewhere else. She grinned. “Isn’t this better?”

“It looks the same.”

She ignored me and glanced around. “Wouldn’t it be cool if it was like back in the days, and you could smoke in places like this?”

“Why the hell would it be cool?”

She sighed. “How’s anything? I’ve only talked about myself for the past few times we’ve met. Tell me about you.”

“I met a girl who was engaged. It ended badly. I lost my job for the hundredth time. Now I’m here.”

“What are you going to do now?”

“First I have to cancel a contract I put on a townhouse I was going to buy. Next I’m going to either start writing another book or look for another job. Maybe I’ll even start my own business or something.” I thought about what I just said. “I just want to be rich enough to pay for all of my thoughts to go away.”

“You know where I’ve always pictured you?”

“New York. Writing books. Making most of the fact that you’re single with no baggage. No baggage. Don’t you understand how lucky you are?”

“I’m almost thirty and I only have eight thousand dollars in my bank account.”

“I’m not bullshitting you.”

“You are. You’re bullshitting me.”

Hayley sipped her latte or whatever the hell it was for a while with an expression that said: I did something fucked up. Should I tell him? Eventually, she decided to speak. “Can you keep a secret?”

“I haven’t been the most faithful girlfriend.”

“Is anyone faithful anymore?”

She grinned slightly. “No gross, I haven’t done anything sexual or anything… Well, here’s what happened: I’ve been talking to my ex a lot–”

“No one is supposed to talk to their ex a lot.”

“And this sounds so bad, but we’ve been talking really dirty to each other on the phone.”

“Well, for example, like, the other day, we were on the phone, and he told me about how he misses coming all over my face, and I told him how I missed licking it up. And like, he told me this while my boyfriend was right in the other room.”

I thought about the sorts of things I’ve done or encouraged in the past few months. It all seemed relative, but I didn’t say that. Instead I said this: “Dat shit nasty.”

“Remember when we were young?” Was all she could manage to say in the end.

We spoke for a while longer, and I paid the bill. We walked outside the café, outside the glass doors, towards the road and the cars and the heat. “It’s still cold in Brisbane, I think.”

“I see.” Hayley put her sunglasses back on.

I drove Hayley home. I felt both sad and happy whenever I hung out with her. I didn’t want to return to Jason’s place yet, so I randomly drove around until I found a parking lot by a secluded beach spot. I parked and sat in the car, playing with my phone. I texted Anna:

Go away, she texted back.

Have I ever been in love? I suppose I have, I suppose I haven’t. When I was young I used to equate love with sex, and when I became a little older I only ever fell in love with those who rejected me. I suppose I’ve been in relationships in the past where I’ve said, “I love you,” and they’ve said, “I love you” back. But they never lasted, and after some time everyone simply decided to move on. Can true love ever exist for those who don’t deserve it? As I thought about this, I received several Snapchats from Jude: the first was of his penis, the second was of some girl’s arsehole, the third was of his penis forcing itself into her arsehole, the fourth was of him inserting his penis into her mouth. I took a screen shot of each photo, blocked him from my contact list, sent the photos to a few friends and turned my phone off.