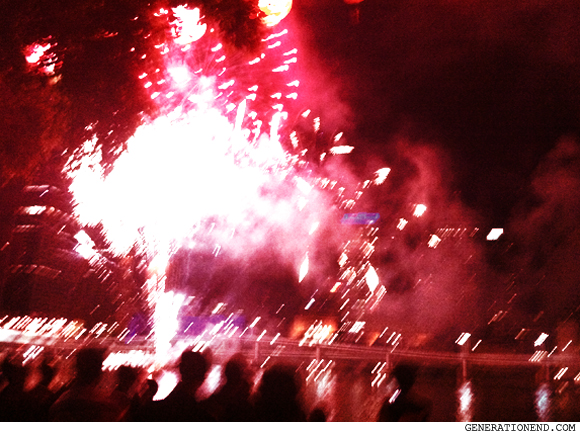 As I stumbled around Jude’s pebbled driveway at the end of the 2012 countdown and as some guy kept playing “Love Will Tear Us Apart Again” from his iPhone 5 I thought this: it feels exactly the same as last year.

Anyway enough about that. The rest of the party ended without a bang. There was no vomiting girl and there was no crying guy and there was no argument. There were, however, a bunch of people hunched over their iPhones, texting other people or writing on their Facebook walls.

I asked a few friends what their New Year resolutions were. All of them said they didn’t have any, because whenever they set goals for themselves, they never ended up doing them. That had me thinking: what makes up a fulfilled life?