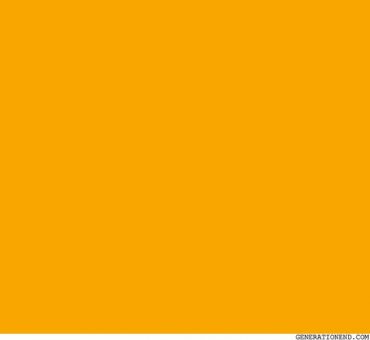 WE ALL COME FROM DUST

My throat hurt and everything outside my car looked sort of orange. The bushfires in New South Wales and Queensland had gotten so severe that the dust had spread out like an arm towards Brisbane, and as it closed its soft hand on us everything became hazy, and there was a huge looming fog in every place where there wasn’t supposed to be a huge looming fog, and everyone’s throat was sort of scratchy, and yesterday morning, when I blew my nose, dried bits of blood came out onto the sink.

I stepped out of my car and walked to the bar where Karen sat waiting for me. She was already drinking.

“I’m forty years old,” she said before I could even grab a seat. “And I’m still single.”

“You’re dating your housemate,” I told her.

Her housemate is thirty years old and he’d been a virgin until he’d met her. One night, while they were watching a movie, he leant towards her to kiss her and she thought, “Why not?” And since then, for two nights a week, she’d been teaching him what it was like to be with a woman, and for two nights a week, he’d grow more and more in love with her.

“This isn’t going to end well for him. Or for you.”

“I’m scared of growing old,” she told me. “I’m not getting younger and I’m still not married.”

“That’s true,” I said, looking her all over. I could easily spot bits of grey amidst her red, dyed hair.

I shrugged, defeated. “I don’t like being thirty. I miss being twenty.”

I said nothing to this, and for a while we looked outside the pub window, at the dust.

We drove to Karen’s place, and I said hello to her housemate, and I whispered, in his ear, “I know everything,” and then Karen took me to her room where she proceeded to show me all the kind of shit she puts on her face to look younger: about ten kinds of cream, about three kinds of gel, something called face toner, moisturiser, some kind of electric device that massages wrinkles, makeup, makeup, makeup, makeup.

I picked up a book on her bedside table—The Hours—glazed over the blurb, and placed it back down. “I looked at at photo of myself the other day and had no idea who I was looking at. I just saw some tired looking old guy.”

My throat was scratchy. “There’s so much dust.”

She sat on the edge of her bed before immediately standing back up after noticing a skirt on the floor. She picked it up and rushed it to her bathroom. “I heard that eighty percent of house dust is made of our dead human skin cells,” she called out from her bathroom.

“I’ve eaten a whole lot of house dust in my life.” Now it was my turn to sit on the edge of her bed.

She giggled. Her breath smelt like sugar and beer. “Like, you’ll never get new water. Like the water in my body, at some point it will come out, and it will go into the atmosphere, or it will get flushed, and whether it ends up in the sky or in the ocean or in water you drink one day, it will always remain in this world, and all of us will remain in this world: nothing is ever brand new, nothing will ever disappear forever. The dust, this water, it comes from the dead and it comes from the living. The pain and the joy—it’s all recycled, we’re always sharing a piece of each other. There are bits of people within all of us, there are bits of people outside of all of us.”

“What can I do with all that knowledge you shared with me?” I asked her, suddenly feeling hot. “I will still get old, I’ll still die.”

She merely smiled, and as she did she managed to find a beer in her room and was now drinking it. “I don’t know, I guess life is temporary, and it also isn’t, and the bodies we’re in don’t really matter and the things we’re so concerned about shouldn’t really matter.” She took another gulp. “But we still don’t like growing old, and we still don’t like dying young, do we?”

I watched her drink her beer, wondering if she was ever going to offer me any. We looked outside her balcony, at the orange scenery. After a moment, her housemate/lover/boyfriend/friend entered the room. He looked at me and smiled and asked if I wanted a blender or something, because they had one spare, but the only thing is I’ll just have to, like, pay fifty bucks for it because it’s a pretty good brand.

Film I just watched: The Tale Of Princess Kaguya