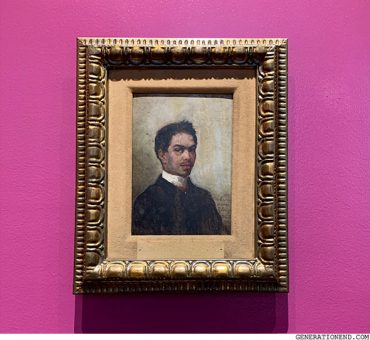 WAITING IN THE PHILIPPINES

We went to the National Museum of Fine Arts in Manila, and near the entrance was a large room, and in that large room was one enormous painting, the Spoliarium.

We went to other rooms and gazed and took photos of other artworks that shaped or took part in the formation of Philippine history. There were paintings and sculptures of national heroes, of lonely people, of victorious people, of families, of couples, of Spaniards, of Americans, of conquerors, of losers, of Saints, of Jesus Christ, of the Blessed Mother Mary; and in a room, from wall-to-wall, someone (or some people) had attempted to illustrate the entire life of the Philippines, from the natives, to the arrival of the Malays, to the arrival of the Chinese and the Indians and the Arabs, to the Spanish who ruled for centuries (the Philippines was named after King Philip II of Spain), to the Americans who took over, to the Japanese who took over afterwards (where about 500,000 to one million Filipino civilians were reportedly killed), to the Americans took over again, and then to Marcos—the dictator who ruled the country for about twenty years—and then to a bunch of new presidents, and in between it all was music, and dancing, and tears, and submission, and rebellion, and death, and life. We took more selfies.

My cousin and I drove to this place that took care of abandoned children, abandoned old people, abandoned disabled people, abandoned women, abandoned everyone. We were taken on a tour, and we were shown the orphans, and then the abandoned babies crying in their cots. Apparently, some babies were left right on their doorstep. I wept. As I wiped my eyes I noticed a large sign that said, “No Selfies,” as a bunch of the volunteers repeatedly took selfies with the orphans.

We walked out, and then drove to China Town. We couldn’t find a park, but we eventually found some grassy lot that seemed to be a car park. When we arrived we were told by a guy in a bum bag to “wait, just wait.” We lurched the car forward and waited. We had no idea what we were waiting for. In front of us was some kind of homeless guy who seemed to live in the lot. He glanced at us before walking to a large basin of water and taking a bath.

As we watched the man I told my cousin about Steve Jobs, about how he used to be an orphan, and how some people say his perfectionism and need for control came from his own personal feelings of abandonment.

“You know what?” my cousin said. “I should make a bunch of babies and like, turn them into orphans. So at least one of them can become as rich as Steve Jobs.”

We kept waiting as the man kept bathing. Eventually, we went out and took a selfie with him.

Check out my Insta pics