WE’RE ALL SLAVES TO SOMETHING 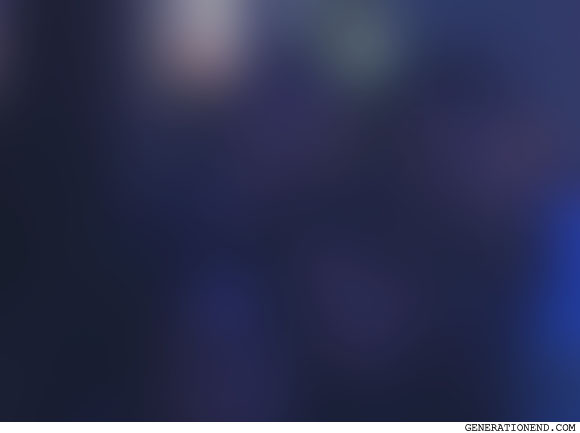 “You know what I’ve wanted to do lately?” she asked me as she finished off a meal one evening.

“Weed. I’ve never had weed. I’ve never even had a cigarette. I’ve been too tame when it comes to drugs, and I think it’s time I started doing more. I dated my ex-boyfriend for eight years, and we were like, good together and everything, but I’ve been living, like, way too innocently.”

“Weed’s underrated.” I pushed my plate away. “You know what’s better than weed?”

“Whatever,” she said, giggling. “But now that you mention it, I actually had a cousin who was addicted to heroin. She came over one night with a tourniquet and all of this other stuff. I was twelve years old and I watched her get high. And she just sat there, injecting herself, watching me back.”

“Must have been the highlight of your childhood.”

“It totally was. I took a photo of her doing it with my parents’ camera. Then she killed herself a month later. What’s the worst thing you’ve done when it comes to drugs?”

“What’s the worst thing you’ve done when it comes to drugs?”

“Oh you know nothing much,” I shrugged. “Anyway let’s go for a drive.”

We ended up at the casino, where I put twenty bucks on a game of black jack and completely lost.

“The key is to watch what everyone’s doing.” Natasha watched what people were doing and confidently put a chip on someone’s cards. She lost.

After losing a few more times we headed for the bar. We talked to each other for a while until Natasha recognised a couple in the distance and walked up to them. I sat there, watching them talk: the way they spoke, their body language – there was something suspicious about it all. The guy leant into Natasha with a serious expression on his face, nodding once in a while, making an occasional comment while glancing up at me; it was as if Natasha was offering a business proposal that he was very keen on listening to. It was only until later that the couple smiled. But it wasn’t a friendly smile. It was the kind of smile Jude likes to make when we’re out and he’s looking at a girl in the distance, thinking that she’s looking back at him too.

Natasha nodded at the couple in the distance. “See that woman over there?”

“I just wanted to make sure you’re fine with that. I see that couple around here a lot. They’re game to have a foursome with us. You’ve never been with a tranny before right?”

I put my glass of whiskey down. “What the hell are you on about?”

“I said they want to have a foursome with us. I mean, if you’re down with that. I’ve been with them before and they’re clean and they don’t hit you or anything dodgy like that.”

I looked at the couple before looking back at Natasha. I’m a writer. I should experience more things.

Natasha slapped my arm. “Oh my gosh, look at that look on your face! You didn’t think I was serious did you? They’re old high school friends. Far out, Dean. First, you wanted to watch snuff films with me and now this? You want a foursome? I told you I only like you as a friend!”

“But would you consider it?”

“Well,” she said, “you better change your mind because they’re coming now.”

Natasha wasn’t kidding. The couple arrived and introduced themselves to me. They seemed friendly enough but they eventually brought up the foursome, and when I’d change the subject they’d bring it up all over again. I was afraid but some part of me was curious to see how far they’d actually go. Plus I wanted to see Natasha naked.

We had one more drink before the guy brought us all upstairs to the room he checked into. It was a plain room: there was a TV and a few chairs and a kettle and a bed. Ever since high school I’ve been in countless situations where I’d think: I thought this only happens in the movies. This was one of those situations.

But then all of a sudden I had an image of myself as a grandfather, telling my grandchildren about my wonderful youth and deliberately censoring out the time I hooked up with a guy, a well-dressed transvestite and a girl I met online – all in one evening.

“What?” Natasha looked angry. “You can’t back out now and leave me here.”

“Don’t fucking back out, Dean,” she said, looking irritated before calming herself and saying: “It’s fine. You’re fine. It’ll be fine. Don’t embarrass me like this.”

“You’re doing this.” She placed her hands on my hips and stood in front of the doorway. “It’s too late, you’re doing this. Trust me, it’s not as bad as it seems. You’ll be fine. Don’t be scared.”

“Listen, I’m going!” I pulled her hands away but she put them back on.

I pushed past her, but she grabbed my arm tightly. “You coward, Dean, you dirty coward! You think you’re so smooth and so high and mighty but you’re lonely and sad and you have no future. You better fucking stay or I’ll kill you! I’ll kill you!”

I shoved her hard and she fell on her back. She winced. The other couple just stood there, eyeing each other without saying anything.

Natasha slowly stood up and gave me a pained, frightening look. Her face was completely red. Then she said something I didn’t understand: “We’re all slaves to something, Dean.”

“Whatever, psycho. I’m going, and it’s up to you if you want to go with me.” Natasha said nothing. I looked at the couple. “Sorry to lead you on, guys. Feel free to add me on Facebook or something.”

I drove home alone. I wanted to speed home dramatically, but there were way too many red lights. Instead I repeatedly changed the radio station, thinking about my life and thinking about what I should do about the past and what I should do about the future and what I should do about all the mess in between. I remember listening to a seminar by a motivational speaker once who said that no matter what situation we’re in, our world comes down to how we see it. While I waited for a light to turn green I figured that I could see my situation as either one of two things: depressing or funny. So I decided that from then on, it would be depressingly funny.