Posted by Dean on May 22nd, 2013 in Letters, Relationships 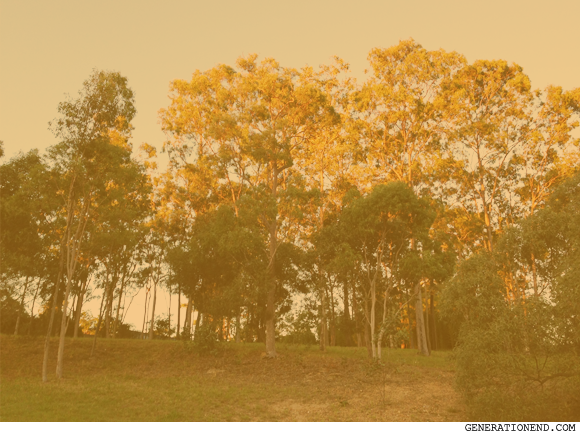 … and I know it’s been a while, but I thought I’d write to you about everything in the world. I want you to know that I’m doing fine and that once in a while I read the work you send me, those poems and stories and things, and I want you to know that I’m proud of you. I mean, I don’t get most of it, but that’s the point, right? I’m sure that one day, you will have that book and one day I will see your book in the bookstores. But in the meantime, just keep it as a hobby, can you promise that? Is everything okay? Do you have a proper job now? What are you doing for money? How’s everyone else, do you still keep in touch with them? How about XXXXX? I know you’ve asked me thousands of questions and I can’t answer them all but I want you to know that I’m doing fine, that sometimes I go to the beach and that yes, I’m doing fine. I remember this time (you probably don’t, especially with the way things are now between us), when we all went to the beach. You were there with the girls and some of your friends and I was so confused, but I liked to see you smile and have fun. Remember that. Remember that I always wanted you to smile and have fun.

Things are interesting here. Sometimes things are shitty and I see two different skies. Sometimes the clouds just won’t stay put. Once I was walking barefoot on the highway and I thought the whole world was going to light me on fire, which was fucking crazy. I walked to the edge of something last night, and I was with a friend of mine, and we just stood by its ledge and looked at what was in front of us. I mean, there won’t be much to look at for most people, but for me, what I was looking at, I can’t describe it. I don’t know. It was a pile of bricks, a pile of dead rubbish, and everything was dark and it smelt like piss and I just screamed at it like an arsehole. Why would I yell like that, you know? It confused the shit out of my friend and it confused the shit out of me. I’ve always wondered why you’ve never written about me. I know I haven’t read everything you’ve done and it’s my fault, but from what I’ve read it’s like you’ve deliberately avoided mentioning me at all. It’s as if all your words have been constructed for the sole purpose of stepping around me. Or maybe I’m just thinking too highly of myself. I suppose it’s my fault.

Why won’t the world always do as we say? Remember how you used to ask me that? I’ve had many years to think about it, and I guess the world has the right to be tough, you know? Maybe something happened to the world before we came around, something that hurt it. And because of its past hurts it’s a bit of a prick to people, to the environment, to everything, shocking them when times are good and shocking them when times are shitty. I don’t know what I’m trying to say. I guess I’m trying to say I wish I’d done things differently, I’d done things better, you know? My friend says I can still make things better starting from now on but I don’t know, can I really? Can I really get out of what I’ve gotten myself into? I know you’ll never get where I’m coming from and I know that you hate me, just know that I’m sorry for the way things came about and I hope you’re well.

I wish I had a story to tell you of my own. Maybe an adventure story, or a love story. Or one of those fucking space alien revenge things. But I’ve never been that creative. Well, here’s a story… I had a dream the other night about this girl. Her hair was red and purple and shit, and she was with this other guy, this younger Indian guy, and they were drinking tea next to a mountain and all of a sudden, there was an explosion inside the TV they were watching. Everything was shaking but they continued drinking the tea. The scary part about the dream was that I wasn’t there, that those two people in the dream were people I’d never met or ever seen. I wish I could’ve taken a photo of them and shown them to people I know or maybe people you know and asked who they were. I don’t think I’ll ever forget that dream. Actually, maybe I will. Who gives a shit who they were? This isn’t a very good story, is it?

It’s hot where I am now, and I’m always sweating. It’s not easy where I am, and a lot of the time I find it hard to deal with people. But I’ve been taking a lot of photos of the places I’ve been to and the new friends I’ve met. I hope I can show them to you some day, but I don’t even know when that will be. I don’t even know if you’ll receive this. I wish I was there, and I wish, when all is over, when heaven is here, I’ll be able to laugh with you and your friends at the beach again.