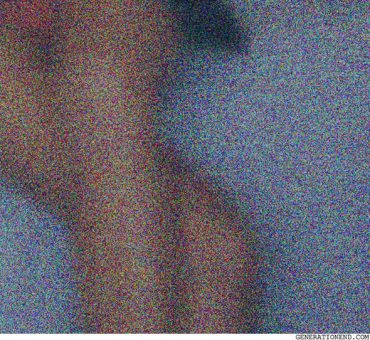 “I don’t know. I’m trying to be a better man.” Thinking about Christie, I chose my next words carefully: “I’m trying to set a good example.”

“Look, dude, you either embrace who you are, or you don’t. There’s nothing in between.”

“You can do in between.”

“You can’t do in between. Especially if you’re a writer like you are.” He looked over at a woman at the end of the bar. “Now what would you do if she began grinding against you?”

I’ve also been out with women who talk like Tim do. Women, who when drunk, go about feeling men up, or approach men who look cute with the intention of a good lay, or spend hours talking about upcoming dates and potential sizes of their dates’ penises. I once got drunk with a woman who kept screaming, “Look at my balls! Look at my balls!”

She didn’t have balls.

One thing I’ve found with the women I’ve been out with, though, is that the first thing thing they say to me is never truly what they mean. When I ask a few more questions throughout the night—when I dig a little deeper—I discover that she believes in something completely opposite to what she said earlier, or discover that the things she says are a mask for something she’s unhappy about. I discover that there’s usually a man she’s secretly trying to get over, or that she was never looking for a one night stand, or that there’s a loneliness she’s trying to overcome, or that there’s a stressful situation she’s trying to forget about. More often than not, there’s something or someone they’re overly worried about. Love and sex have the potential to make both men and women happy, but how they seek it, how they read it, how they hear it, how they experience it and how they remember it is always different.

Tim and I were on the way home one night. We were tired and drunk and we were walking towards his apartment.

“I can’t believe you did that,” he said.

“You gave me herpes.”

All of a sudden, he swung his fist at me. But he was about ten metres away so nothing landed.