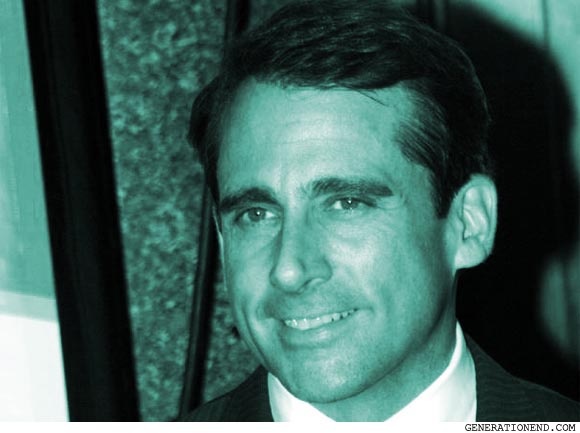 I’d always been suspicious of online dating. To me, online dating was one of those things you secretly did when you’ve completely run out of people to try and impress. Sort of like the first school dance you go to, when you go in expecting you can get anyone you want. When you realise you can’t, you start to lower your standards, little by little, until you finally resort to staring creepily at the strange looking kids in the dark shadows of the dance hall…

But I had a friend who loved online dating and he seemed to be doing okay. “Dean,” he kept saying, “you’ve got nothing to lose. Sign up to OkCupid. Online dating is a great thing, man. Write one message and just spam it out to every girl there. A few of them will reply, I guarantee you. I’m having my fourth date next week.”

I signed up to OkCupid. I changed my age, my name and put in a profile photo so vague that people wouldn’t be able to tell if I was male, female or something else completely. I then searched for girls who were the right age and lived in Brisbane and spammed the shit out of them.

A few weeks later I ended up having coffee with Natasha. She was half Korean half Scottish or something and, strangely enough, looked even better than she did in her photos.

“So,” she started. “Tell me about yourself.”

This was what I found out about her: she loves Haruki Murakami, she works for a university, her best friend cross dresses, she likes wearing black, she’s single because her long time ex-boyfriend cheated on her and she has a dog named Sunlight. We walked all over the place until we reached a bench in South Bank and sat down. “You’re really cool, Dean,” she said, “but I’m just looking for good friends right now.”

“Well, to be honest, the guys I’m actually attracted to are guys who look like Steve Carell.”

“Steve Carell? That old guy from The 40 Year Old Virgin and The Office?”

“Yup,” she said. “I like calm looking middle-aged men.”

“I’m sorry.” She looked over at the distance. “Hey, my car is over there. Want to come to my place?”

Her car was a battered pink Toyota with an expensive-looking GPS system inside. We sped to her place and ended up in her room. She pointed at a chair. “Sit there.”

We stared at each other for a while, her standing up and me sitting down. Eventually she said: “Have you heard of snuff films before?”

“No, silly,” she laughed. “They’re films made for people who get off on people who have sex and then get murdered, possibly even tortured in between.”

She bit her bottom lip. “Want to watch one together? I downloaded this really nasty one about tribal people and German soldiers the other night. I heard it’s great.”

I have nothing to lose. I’m a writer. I need to experience new things. I glanced at her car keys on her tabletop, then at her door. “Sure.”

“You sure you want to watch it?”

“You sure? Some people in the film get… dismembered… and there’s a lot of screaming.”

“My friend told me that it could be real…”

She glanced at my crotch, then back up at me. “Would you mind if I… touch myself during it?”

She rushed up to me and slapped my arm. “I can’t believe you’d be fine with that!”

“You think I’m some kind of weirdo who’d be into snuff films and play with myself with some fucking stranger?”

We stared at each other for a while until she sighed and sat down on the edge of her bed. We ended up watching The 40 Year Old Virgin, drinking a lot of whiskey, talking about poor people, falling asleep in separate rooms.